The acting leader of Germany's Social Democrats, Manuela Schwesig, will step down following a breast cancer diagnosis. She will remain state premier of Mecklenburg-Western Pomerania. 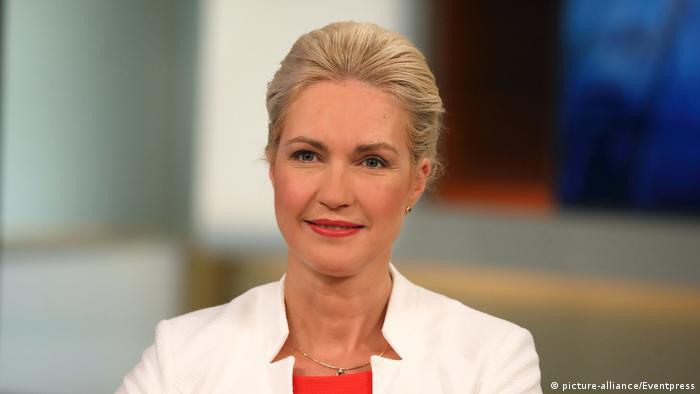 The acting chief of Germany's Social Democratic Party has announced that she will step down from her position after having been diagnosed with breast cancer.

Manuela Schwesig, 45, is also the premier of the northeastern state of Mecklenburg-Western Pomerania and the chair of the SPD there, though she plans to retain these roles in the coming months.

"The good news is: the cancer is curable," she said on Tuesday morning. "But it does require medical treatment."

Schwesig says she would struggle to attend events on a daily basis while she required regular treatment, but she is confident that she will be cured.

"But it is also clear that I have to focus my energy in my coming months on Mecklenburg-Western Pomerania, my health and my family."

Schwesig has led the party on a temporary basis since June of this year along with Malu Dreyer and Thorsten Schäfer-Gümbel. Schwesig served as federal family minister from 2013 to 2017, before taking over the premiership of Mecklenburg-Western Pomerania.

The SPD will hold elections in autumn of this year for a new permanent leader. Andrea Nahles, the former leader, resigned in June 2019 following a poor performance in European elections for her party.

So far, more than eight members have officially declared their candidacy, but Schwesig and her fellow acting leaders were not amongst them.

The SPD's Franziska Giffey won 21.4% of the vote, beating the Greens' Bettina Jarasch, who got 18.9%. Besides the national election, Berlin and Mecklenburg-Western Pomerania were also electing state legislatures.