Germany, a safe haven for money laundering | Germany| News and in-depth reporting from Berlin and beyond | DW | 30.10.2012

Money laundering as an organized crime is increasingly becoming a problem in Germany, says a new report by the Federal Criminal Police Office (BKA). But fighting money launderers has proven to be difficult. 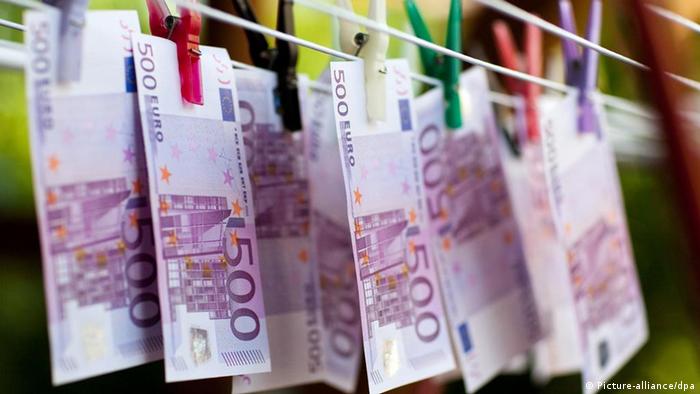 About 13,000 cases of suspected money laundering were reported last year; in half of the cases, authorities later confirmed their initial suspicions.

That's a record high since 1993, when Germany's Anti-Money Laundering Act came into effect. From then on, banks had to report large transactions to the Federal Financial Supervisory Authority (BaFin).

According to the BKA's report, transactions from Italy, Russia, Ukraine and Belarus caught the investigators' attention. In addition to real estate agents, restaurant and amusement arcade owners, it appears to have also become common among individuals, to allow criminals to use their bank accounts for money laundering purposes. 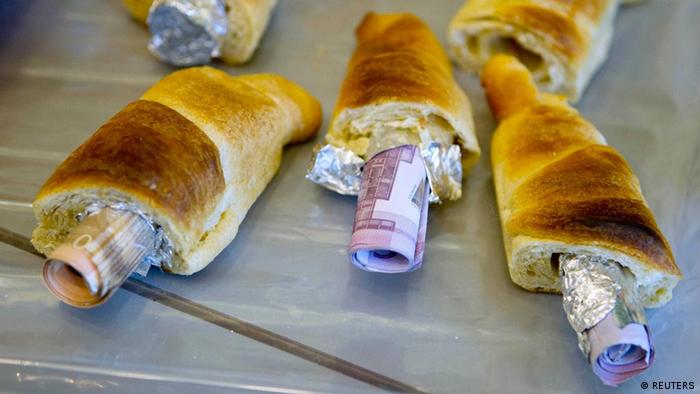 "Unfortunately, circumstances in Germany still encourage money laundering," said Gerhard Schick, a member of the Green Party in the German Bundestag who is dealing with the issue in the Bundestag's financial committee. "There's still a lack of awareness about its vast proportions," Schick said in an interview with DW.

According to experts of the Organization for Economic Cooperation and Development (OECD) and the European Commission in Brussels, it's more than necessary to step up the game. Both institutions have repeatedly accused Germany of not doing enough to counter money laundering. 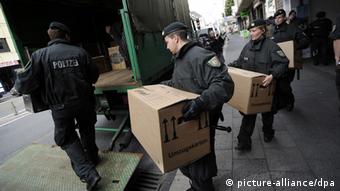 Police only uncovers a fraction of money laundering activities

Annually, about 50 to 60 billion euros ($65 billion to $78 billion) that stem from illegal activities such as blackmailing, drug or arms trading are whitewashed through legal businesses, estimates the trade union representing German police investigators. Worse still: not even one percent of these sums can be recovered by the authorities, the union adds.

They say they are able to manage criminal prosecution in the banking sector, but state surveillance and control should be extended into other parts of the industry. But so far this idea hasn't received the necessary political backing, said criminalist Sebastian Fiedler.

EU: Germany too lenient in prosecution

The European Commission has already launched an infringement procedure because of Germany's hesitant behavior; its main argument being that non- pursuit of money laundering would enable the funding of terroristic activities. According to figures issued by the OECD's Financial Action Task Force (FATF), other countries do investigate more thoroughly and detect crimes four to 20 times more frequently than German authorities do.

As a result, the Bundestag's financial committee has started to intensify discussions about money laundering and tweaked its legislation. "But there's still the lack of a vital defense strategy regarding money laundering," Schick said. Above all, the BKA is lacking experts for their investigations. "That's a real problem," he added.

Forming a group of specialists - the Financial Intelligence Unit - was an important step which has led to a successful uncovering of illegal activities. Experts complain, however, that rivalry over competencies between the federal government and individual states leads to setbacks and inefficiencies.

Investigators said that criminals continue to come up with increasingly elaborate methods. One trick is to manipulate slot machines so that they display fewer profits, another is to offer illegal gambling online; estimated turnover: 120 million euros ($155 million) per year.

An especially clever trick is to legalize dirty money by running it past insolvency proceedings. Lately, it's not only commodities that are exchanged, but services between larger networks of companies which are difficult to control. Even the trade of CO2 emission certificates is now being used as a means for money laundering. 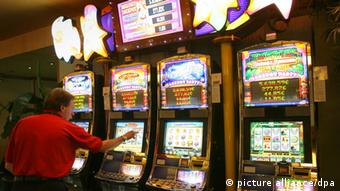 Manipulating slot machines is only one way to launder dirty money

Yet another problem arises when illegally acquired money is transfered to non-involved third parties to circumvent confiscation. In 2010, the authorities succeeded in only 150 out of 600 preliminary proceedings on this front.

According to a study published by the Tax Justice Network that examined 70 countries, Germany is one of the biggest havens for tax evasion - ranking even before Switzerland, the Cayman Islands, Luxembourg or Jersey.

On the trail of lost taxes in Greece

A Greek journalist has published a list of 2,000 wealthy Greeks purported to have Swiss bank accounts. Some are asking whether his publication will force the government to change the way they collect taxes. (29.10.2012)

The US Senate has condemned HSBC for allowing drug barons and terrorists to launder billions of dollars. But despite the public shaming, critics believe the banks simply factor in money-laundering fines. (18.07.2012)

Members of infamous biker gangs such as the Hells Angels, Outlaws and Bandidos are known for violent turf wars, terrorizing entire cities in Germany. The police are now cracking down on them. (26.04.2012)