Germany: A chemical attack in Syria 'cannot be without consequences'

The German government has said that, if proven, the use of chemical weapons by President Bashar al-Assad's forces "cannot be without consequence." But Berlin also said those consequences might take several forms. 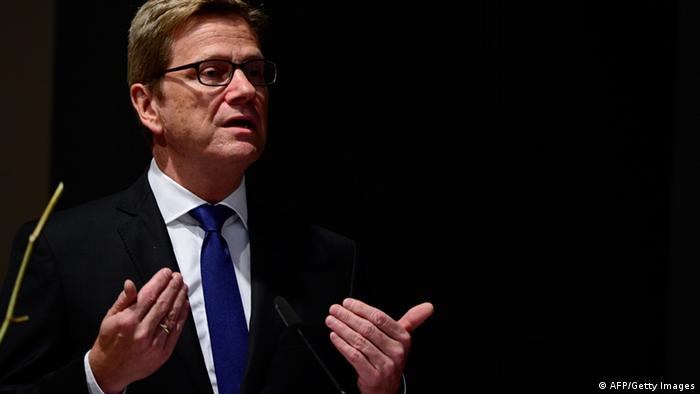 "The circumstances, the images, the witness reports and the statements from international aid organizations sadly speak a very clear language," government spokesman Steffen Seibert said. He said that if the use of chemical weapons was ascertained, then it "must be punished, it cannot be without consequence."

Asked whether these consequences would involve military intervention, a move Germany has opposed until now in Syria, Seibert said that there were "various possibilities for an international reaction."

Foreign Minister Guido Westerwelle similarly said that should the suspicions of chemical weapon usage be confirmed, "then Germany will be among those [countries], that consider it right for there to be consequences."

Germany has argued exclusively for a political solution in the Syrian civil war; Berlin has decided to send no weaponry to fighters on either side in the conflict. Germany also abstained in the 2011 UN Security Council vote on intervention in Libya's civil war, a move that put it at odds with France, the UK and the US.

Russia, probably the most staunch supporter of Assad on the UN Security Council, again warned on Monday against any military intervention without UN approval.

"The use of force without the approval of the United Nations Security Council is a very grave violation of international law," Foreign Minister Sergei Lavrov said, warning western countries not to repeat what he called "past mistakes."

All five permanent members of the Security Council - Russia, France, Britain, the US and China - can veto any proposed resolution, including one authorizing military intervention in a country. In the case of intervention in Libya, Russia and China were persuaded to abstain rather than veto the proposal.

Lavrov's British counterpart, William Hague, said the government in London was prepared to respond to the events in Syria, even without Security Council approval.

French officials did not specify the nature of any international response, but Foreign Minister Laurent Fabius said he expected a decision "in the coming days." France had previously said an international response might range from sanctions to airstrikes, and Fabius told Europe 1 radio that while many options were open, "the only option that I do not envisage is doing nothing."

UN chemical weapons inspectors, in the country initially to investigate prior allegations of chemical attacks made against both sides, visited the site of Wednesday's alleged attack on Monday. Secretary-General Ban Ki-moon welcomed their arrival and said "every hour counts" as the investigators seek clues at the scene of a five-day-old attack.

The White House on Sunday dismissed Syria's decision to allow inspectors to the site of the alleged attack, saying the concession was "too late to be credible."

Top German politicians are calling for more weapons deliveries to Ukraine. Meanwhile, the UK accused Moscow of spreading misinformation on the global food crisis. DW rounds up the latest.