Seventy years ago, thousands of Germans gathered in the Bavarian town of Landsberg to demonstrate against the death penalty for Nazi war criminals. The event shows how little awareness of guilt there was among Germans. 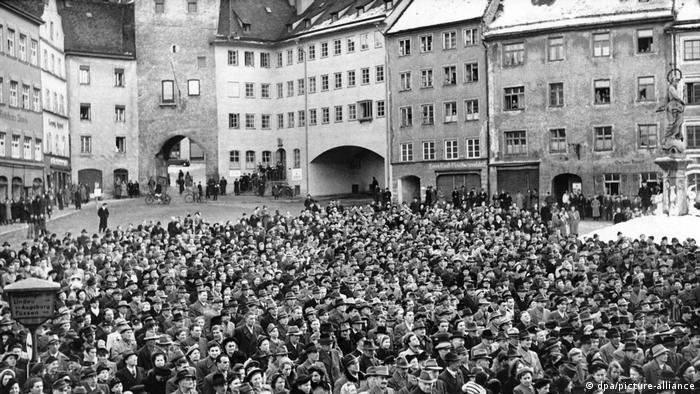 The people of Landsberg am Lech, some 60 kilometers (35 miles) west of Munich, decided to dress up for the occasion on January 7, 1951. It was a Sunday, and 4,000 people — almost a third of the town's population — came to the historic market square. Less than six years after the end of World War II, Germany was recovering and experiencing its so-called economic miracle.

The demonstrators claimed to have a Christian cause: They demanded that the Americans suspend the death penalty for 28 men imprisoned in Landsberg. The sentences had been handed down by the judges of the US military justice system. And, in Landsberg, rumor had it that the executions were imminent. 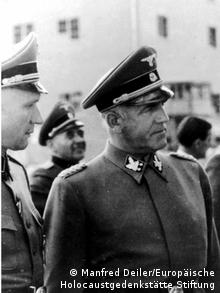 Oswald Pohl, executed in June 1951 despite the protests, had been instrumental in carrying out the Holocaust

The director of the European Holocaust Memorial in Landsberg, Manfred Deiler, describes the event. "There was a cross-section of the town's population present on that day," he said. "There was the mayor of Landsberg, city councilors and there were also members of the state parliament."

This solidarity, however, was not with just any prisoners. These were men who stood for some of the worst crimes in human history. Oswald Pohl, for example, had been the head of the Nazis' SS paramilitary unit's Main Economic and Administrative Office (SS-Wirtschaftsverwaltungshauptamt) and was instrumental in carrying out the Holocaust during the National Socialist era.

Then there was Otto Ohlendorf, who as commander of an SS task force was responsible for the murder of more than 90,000 civilians. In September 1941, his staff reported from the Soviet Union to SS leader Heinrich Himmler and the Reich Security Main Office that the "working areas of the command have been cleared of Jews. Between August 19 and September 25, 8,890 Jews and Communists were executed, bringing the total up to 17,315. At present, the Jewish question is being solved by Nikolayev and Kherson." 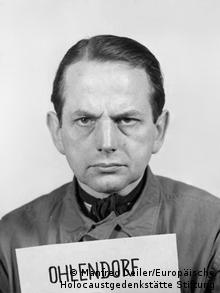 Otto Ohlendorf, who was responsible for the murder of more than 90,000 civilians, was executed in June 1951 despite the protest

Pohl and Ohlendorf were arrested after the end of World War II and, like hundreds of other prisoners, housed at Landsberg in confinement the United States designated as "War Criminal Prison Nr. 1."

Landsberg: A town with an eventful history

Landsberg has an eventful history in the early part of the 20th century. In 1924, Adolf Hitler was imprisoned here after his failed coup, and wrote his anti-Semitic book "Mein Kampf."During the Nazi era and World War II, a concentration camp was established with 23,000 people being used here for the German armaments industry; most of them were Jews from Eastern Europe. The deployment was carried out according to the guiding principle of the Nazi state: "Extermination through labor."

After the war, many of the thousands of Jews who had become destitute continued to live in the city on a former barracks site in a so-called "displaced persons" camp, awaiting emigration to the US or Israel, which had been founded in 1948. 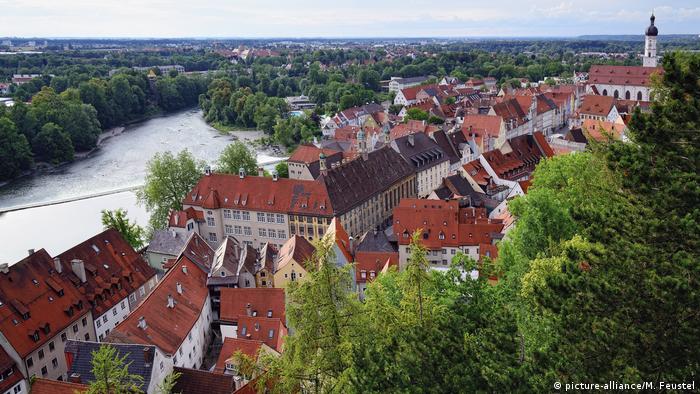 On January 7, 1951, the Holocaust victims in the neighboring camp soon become aware of the people of Landsberg's solidarity with the war criminals, as Manfred Deiler reports: "They then also came and demonstrated for the victims of National Socialism."

What they heard were the glowing appeals from the political hierarchy present, aimed mainly in the direction of US military justice. "In his speech, Gebhard Seelos, member of the Bundestag and keynote speaker, sharply attacked the Nuremberg trials in particular and denied the Americans' claim to be acting in accordance with the rule of law," says Deiler.

"Then there were riots with the counter-demonstrators who had gathered at the edge of the square. Words were used like 'Jews out!' or 'Go to Palestine!'"

'Zeitgeist' of 70 years ago still alive

But what drove the thousands of citizens — apart from the Germans' still widespread anti-Semitism — in their solidarity with the mass murderers? For Manfred Deiler, it is the rejection of the notion of guilt that was widespread in postwar Germany. "In the minds of many people at that time, the Americans were still occupiers, even though the Federal Republic had already been founded. And in their thinking, a German war criminal was still worth more than an American occupier." 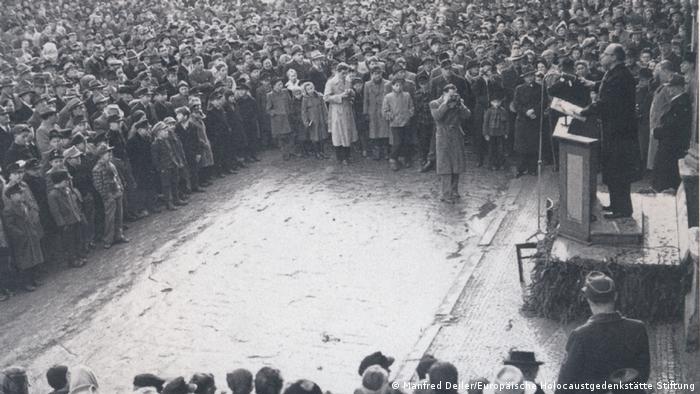 Richard Jaeger, one of the main speakers at the Landsberg protest, described the death sentences against the 28 Nazi criminals as 'un-Christian.'

There may be some doubts, 70 years later, over the Christian motive of most of the demonstrators in their commitment to the war criminals. True, one of the prominent speakers on January 7, 1951, Dr. Richard Jaeger, described the death sentences against the 28 men as un-Christian. But only a few years later, as justice minister, he made a name for himself as a zealous advocate of reintroducing the death penalty into German law, earning the nickname "Kopf-Ab-Jaeger" (Chop-the-head-off-Jaeger).

For committed Landsbergers like memorial director Manfred Deiler, the "zeitgeist" of 70 years ago still resonates today. "When I look at the polls, how the AfD performs there [the far-right Alternative für Deutschland] and how its slogans hark back to the Nazi era, I would say 20% of the population still clings to this "zeitgeist" from back then."

The protest of 70 years ago was successful. Of the 28 death sentences, only seven were carried out in June 1951 — Pohl and Ohlendorf among them. They were to be the last death sentences on the soil of the Federal Republic.

With the onset of the Cold War, a new era had dawned for the United States. The enemy was now the Soviet Union. From now on, the Germans were allies. And in the following years, this change of course enabled many forrmer Nazis to return to prominent positions in politics and business in the emerging West German postwar republic.