Germany's Welthungerhilfe is one of the few foreign aid organizations operating in North Korea. General Secretary Wolfgang Jamann recently visited the country and shared his impressions with DW. 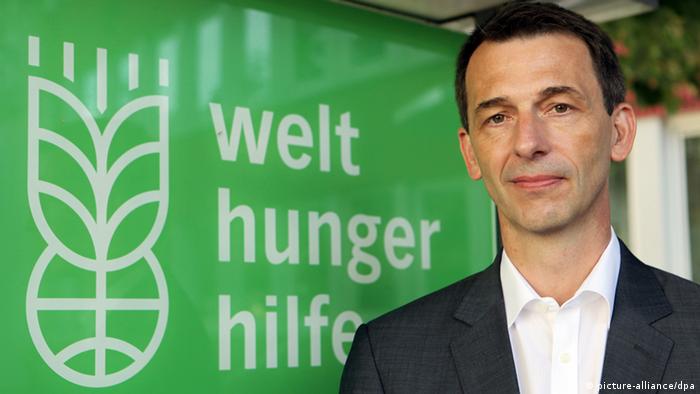 DW: Mr. Jamann, you spent 10 days travelling around North Korea. How would you describe the situation in the country?

Wolfgang Jarmann: I was positively surprised by the freedom we experienced in the country. We were able to visit many places. Welthungerhilfe has existed for 15 years now. The reputation that we have established in this time allows us to be close to people. It helps dispel some of the fear that exists when you work in such a political environment. It was also interesting to see what appears to be some movement in North Korea. Of course, we have to evaluate this carefully because we only have a superficial impression. But we were able to observe private and market-based activities. Things are happening in the country.

You said that your organization, Welthungerhilfe, is able to move around freely. How, exactly?

In the city Pyongyang, we were allowed to move freely without supervision. And every two weeks we travelled to the various regions where we have projects. People accompanied us on those trips, however. The fact is, we have North Korean employees, and the authorities are informed of our every step. Nevertheless, we can work directly with those people who need our help the most.

What is the focus of your work?

We are mainly focused on rural development, specifically on improving productivity. For example, we have supplied fruit tree seedlings to large plantations and are working with people there to ensure that these trees not only blossom but also bare fruit. Dealing with fruit trees and vegetables is part of our work there. Another part involves spurring the construction of greenhouses for growing vegetables, especially in urban areas that lack sufficient food supplies. We are also active in agriculture, working together with the University of Pyongyang to test new seeds, for instance for potatoes, under real conditions. With these potatoes, we hope someday to close a gap in North Korea's food supply chain that occurs every year between the country's two major harvests.

What made the greatest impression on you during your trip?

We talked with many people there, including farmers in the fields who have a particularly hard life. Malnutrition and food shortages are very common in rural areas. When you speak with these people, it is disturbing to hear how little they see things changing for them. People there are not innovative. They are hardly able to think mentally outside their normal lives. That's gloomy, considering these people also need development opportunities.

That said, it's very encouraging to see all the momentum in urban areas, especially in Pyongyang. People in these areas - at least those we encountered - are more open-minded and relatively well informed about developments in other parts of the world. They speak relatively freely about the big "m" words: money, markets and mobile phones (of which there are many these days). I experienced a modernity and dynamism that I hadn't expected. That's encouraging.

North Korea had a change of leadership prior to your visit. Kim Jong Un had already been in office for a couple of months. To what extent has the change of regime impacted peoples' lives? What support does the new leader have?

The masses have an entirely uncritical relationship with their country's leadership. That was the case with the previous leaders and remains so with the current one. No issues are up for discussion. Still, I noticed some movement in the direction of cultural "freedom," in addition to the economic activity in the country. There is an exchange of information, but a kind you wouldn't expect in this country and that differs greatly from the situation in the past. We have employees who have been there for over 10 years now and can determine relatively well whether or not things or happening or good idea of whether something is happening in the country or whether it is stagnating. And I think the former is the case.

Pyongyang's announcement that it will once again attempt to test a long-range rocket has created tension with Seoul and other governments. The timing is no coincidence, Korea expert Eric Ballbach believes. (04.12.2012)

North Korea's neighbors are bracing themselves for the defiant regime to test-fire a rocket as part of events to mark the one-year anniversary of the death of the "Dear Leader." (03.12.2012)