Germans in favor of 'reducing reliance' on US 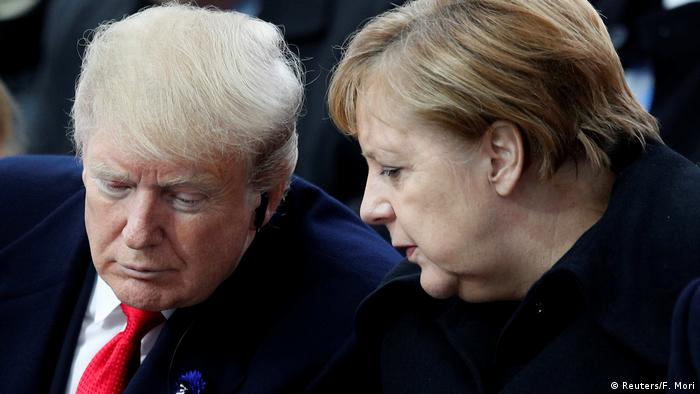 A majority of Germans are in favor of reducing Germany's reliance on the United States militarily, according to a YouGov poll commissioned by the German news agency DPA.

According to the poll, 55% of Germans believe that European members of the North Atlantic Treaty Organization (NATO) should protect themselves from an attack without US help. In addition, a majority of poll participants believe the US should partially (23%) or completely (26%) withdraw its 30,000 troops stationed in Germany.

Conversely, 54% said NATO should work more closely with Russia rather than relying on deterrence. Meanwhile, 37% are for lifting sanctions against Russia relating to its conflict with Ukraine on the Crimean Peninsula, while 34% are against lifting such sanctions.

NATO members are currently gathered in London for a tense two-day summit. German Chancellor Angela Merkel is due to hold talks with US President Donald Trump, who has criticized Germany and other NATO countries for not spending enough on defense.

Merkel said last week that Germany is not in a position to defend itself alone. She also vowed to increase Germany's defense spending to the NATO target of 2% of its gross domestic product "by the 2030s."

However, 42% of Germans disagree with increasing the defense budget, currently 1.4% of GDP, while 36% agree. Nonetheless, 54% believe that NATO, which is set to celebrate its 70th birthday, is still a necessary organization.

DPA said 2,049 people took part in the survey, which took place between November 29 and December 2.

NATO up against it internally and externally

Who'll be the skunk at NATO's 70th birthday party? And is the alliance really "brain dead?" The upcoming summit could provide all sorts of public-relations pitfalls. (03.12.2019)