Former schoolteacher Lisel Heise has long been vocal in her effort to reopen the swimming pool in her home town of Kirchheimbolanden. After celebrating her 100th birthday, she's aiming for a seat on the local council. 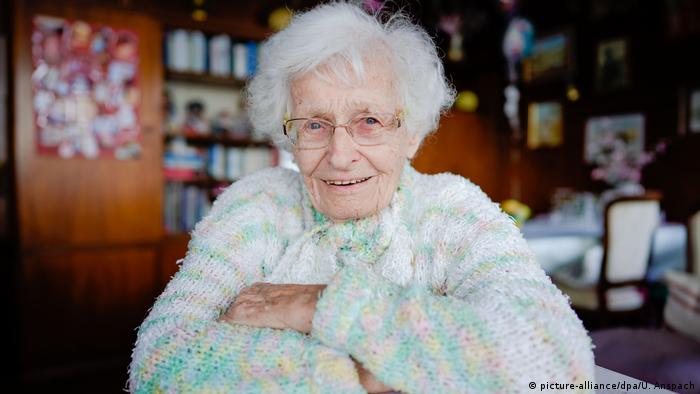 Soon after Lisel Heise turned 100, she decided to use her new status as a centenarian to raise the profile of a pet project.

At a time when most people would be taking it easy, the former sports teacher is running for election in the council in her home town of Kirchheimbolanden, in southwestern Germany.

Born shortly after World War One, Heise is channeling her passion into local politics — in particular, her campaign to have the town's outdoor swimming pool reopened.

Heise made her decision to stand after she was approached by the local grassroots group "Wir für Kibo" (roughly, "We for Kirchheimbolanden") — which is demanding greater transparency and public involvement in local politics.

Important for body and mind

Heise is hoping to have her voice heard after years of feeling ignored by local officials. She describes the way the microphone was taken away from her at public meetings whenever she mentioned the pool. 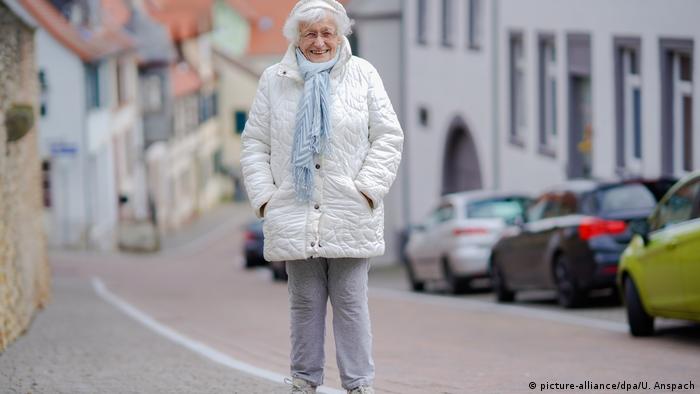 The ballot is on May 26, with some 8,000 people eligible to vote in the town of Kirchheimbolanden

Heise mourns the loss of the pool — which closed in 2011 — as a "children's paradise" that the town should never have let go.

"I grew up there," Heise told DW. "I know from my own experience how important it is, for the spirit as well as the body."

"I have so many former pupils, and they always have the same complaint. Why are they closing the outdoor swimming pools?"

"The main thing is that the children are healthy when they are young. If the body isn't healthy and functioning properly, the mind cannot function properly."

As for her wider political views, Heise is pro-European — she thinks Brexit should never have been given a platform — and she welcomes the efforts of young people in campaigning against climate change. But she worries that society is dumbing down.

"Just put the television of the while. In the daytime what they show is just 'blah, blah, blah.'  The things that are really interesting, politically interesting — and what's important — comes at nighttime when working people are asleep. As a result, they’re not properly informed."

Thomas Bock, who leads the Wir Für Kibo initiative, hopes that Heise's popularity can help the group improve on its one seat out of 24 on the town council.

"Mrs Heise is so well-known in Kirchheimbolanden," Bock told DW. "Almost everyone over 40 had her as a teacher in the school. It could be that she finishes well ahead of anyone else."

Read more: Mobility services for the elderly: Looking beyond the private car

"She is still very involved with the school. Even though she's not been a teacher for the last 40 years. She takes part whenever there's some kind of event in the school, for instance, on school leavers' day when the youngsters leave the school. She'll often grab a microphone and say a few words, which is really important for them."

Family history of being outspoken

With her candidature, Heise is following in the footsteps of her father, who was a member of the council before World War II. He was jailed for four weeks after criticizing the destruction of synagogues by the Nazi regime.

The actual idea of standing as a councilor didn't come from Heise, says Bock. It came from her son.

"He said: 'Ask my mother, she'd be happy to do something but she's too wary.' Then we asked her and it was clear. We said, of course, put yourself forward as a candidate for us."

Heise is so popular in the town that hundreds of former and present pupils visited her house to sing a song on the occasion of her 100th birthday.

"She gets on very well with people," Bock added. "She's good at speaking to people and is generally very well-liked. We can use this popularity at the election, and now she will be heard."

A German nursing home alerted police after they noticed two men were missing. They were later found at 3 a.m. at the Wacken Open Air metal festival. (04.08.2018)

World's oldest ever person may have been younger than claimed

A Russian researcher isn't convinced that Jeanne Calment deserves the record for being the world's longest-living person. He says she was most likely 99 years old rather than 122 years old when she died in 1997. (03.01.2019)