Germans are using less water than ever before, but that's not necessarily good news for the environment. Some of the country's waste treatment officials have said plants could handle a few more taps being turned on. 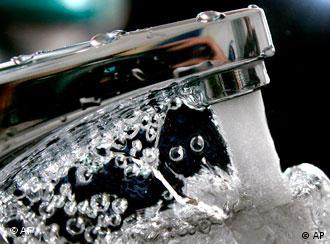 Germans' well-intentioned efforts to use less water at the household level are causing problems for some of the country's sewage treatment authorities.

Water conservation has been so effective that there's not enough water being flushed through sewage pipes, meaning that the system often becomes clogged and pipes tend to corrode due to the air in them.

Water consumption in Germany has decreased by 16 percent since the early 1990s, according to the German Federal Association for Energy and Water (BDEW). Germans use around 123 liters (32.5 gallons) per person per day, which is much lower than other developed nations like the United States, where per capita consumption is between 360 liters and 589 liters.

"We believe that the potential for decreased water consumption has reached a level where it will backfire and be counterproductive," said Martin Weyand, head of water and sewage systems at the BDEW. 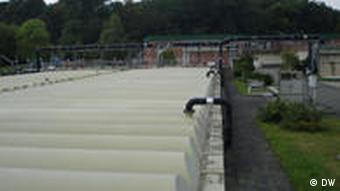 Using too little water leads to increased stagnation in drainage pipes, most of which were designed to carry much larger amounts of water, he added.

The city of Cologne is one place whose sewage system would benefit from the taps being on a little longer, according to Heinz Brandenburg, who heads maintenance of sewage systems in the city.

"In Cologne we have major problems because it is a very flat city," he said. "Water has to flow for very long distances, so by the time it gets to the treatment center, it is already very stagnate."

Disinfecting this water requires heavy use of energy and chemicals, which in turn disturbs the ecological balance. So in end effect, saving water can actually defy the purpose of preserving the environment, said Weyand.

Reduced water consumption also means that less water is being pumped out from the ground. This can lead to rising ground water levels and problems like damp cellars in cities like Berlin and Cologne.

Weyand and Brandenburg, however, emphasized that arguments for increased water use do not apply to countries where the demand for water is much higher than the supply.

In Germany, on the other hand, frequent rains throughout the year ensure there is more than enough water available. Public consumption of water is, in fact, just about 3 percent of the total supply, which amounts to nearly 190 billion cubic meters of water every year.

But environmentalists argue that even in a water-rich country like Germany, conserving water still makes environmental sense, especially when faced with the grim prospects of climate change. Consumers shouldn't use more water because of decaying sewage systems, according to Stephan Gunkel from the German wing of the environmental group Friends of the Earth. 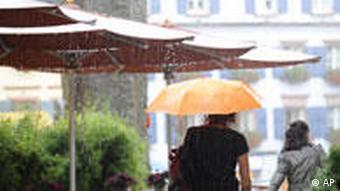 "It's actually the duty of the civic authorities to design their technical systems in the most environmentally friendly way possible and with as little water as possible," he said. "If that isn't the case, then they should introduce step-by-step changes to their systems."

He said different technologies like a pipe-in-pipe system, where narrower pipelines are built within the larger one, are capable of effectively transporting smaller amounts of water.

But this is feasible only while building new pipelines, not for the older ones designed to carry larger amounts of water, Brandenburg said, adding that Cologne's pipe network was first built in 1880 and expanded on as the city grew.

"If you were to remove these pipes and make them smaller now, it would mean an investment of billions of euros, accompanied by higher energy consumption, additional burdens and destruction of the environment," he said. "Changing the existing systems wouldn't really make much sense."

Brandenburg, Weyand and Gunkel all agreed that given the relative abundance of water in Germany, there is no need to expand conservation efforts beyond existing levels.

"I think all in all, we have reached a good level in Germany, although of course there will always be potential for further saving in one or another area,” Gunkel said.

Study: 25 baths a day per person in Germany

According to the WWF, each resident in Germany uses the equivalent of 25 bathtubs full of water daily, half of which is imported. The consumption deprives others of water, in countries where the resource is scarce. (04.08.2009)

Environmental activists criticized the cornerstone outcome of the World Water Forum for its lack of binding protocols to safeguard the world's freshwater supplies, with some dismissing the event as a "trade show." (23.03.2009)

Many Kenyan households, especially in informal settlements, lack piped water. However, vending machines are helping to solve the problem. Some sell cooking fuel and milk.