Half a million new students, more than ever before, are about to begin their studies in Germany. Many schools are sending two graduating classes on to university and the end of military service means even more students. 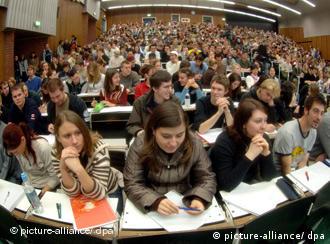 German universities are bracing for a record-sized entering class

The telephones in the student council offices at the University of Cologne have been ringing nonstop. The council chairman, Jonas Thiele, is busy trying to meet the needs of incoming students just days before the beginning of the new semester. The university is anticipating a major influx of students this year, but exactly how many students will be arriving at the university won't be clear until the orientation period, which is just beginning. 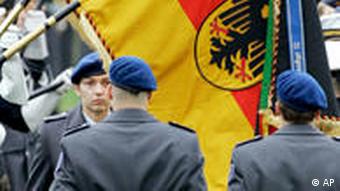 The student onslaught is the result of the fact that many German high schools graduated two classes at once this year. As part of wider educational reforms, many schools are offering high school graduation after 12 years instead of 13. To make things worse, compulsory military service has been ended this year. That means the young men who would normally have spent time after high school in the military or in the alternative civilian service will be vying for a spot in the lecture halls.

The Center for Higher Education in Gütersloh estimates that some half a million students will begin their studies this winter semester - more than ever before.

Preparing for the students

The University of Cologne has taken several measures to prepare for the flood. Right next to the main university building, for example, a student service center is being constructed to house the student council and the student affairs office, among other facilities. 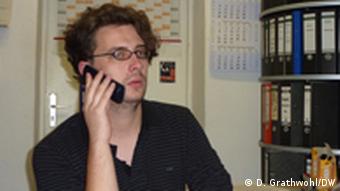 "But the construction is only going to be finished in early 2013. And I think it's still not going to be enough, when I look at how many courses can be held there," said Thiele.

He said he anticipates that overcrowding will remain a reality. For the students he represents, he wants to see the university put more focus on teaching, not only on prestigious research projects. At many universities the ratio of students to professors can be quite high, depending on the subject. That's despite the fact that, according to the Federal Statistics Office, the number of academics at German universities has increased significantly.

There are also new teaching posts at the University of Cologne, 400 of them, according to the university's spokesman Patrick Honecker.

"The staff to student radio is approximately 69 students per one professor," he said. In law or economics, however, it's more like 100:1, he admitted. That's still a big improvement over the past when those departments had ratios of 150:1.

Honecker also pointed out a new building for lecture halls and the expansion of counseling services. The university is working to address the problems, he said.

"To properly take care of the 40,000 Cologne students, we need a couple hundred more positions," he said. That will be difficult financially, he added.

Room and board problems

The new student places at the universities are being financed jointly by the German states and the federal government. But that won't give the students a cheap meal or guarantee they find an affordable place to live.

That's the responsibility of the student service organizations in Germany. They advise students on financing their education, and run student dormitories, cafeterias, day cares and much more. 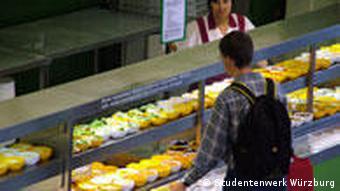 Students rely on the low-priced food at the cafeterias

Achim Meyer auf der Heyde is the secretary general of the German National Association for Student Affairs, the umbrella organization of the 58 local student service organizations. He said they are working on the housing and cafeteria issue.

"Of course we are working with housing providers and we've launched a campaign to try to attract private landlords as well," he said. The shortage has not yet been solved, he admitted.

Foreign students are expected to suffer especially. They often live in dormitories, because non-Europeans find it difficult in the private housing market. On average, foreign students also have to live on 100 euros ($132) a month less than their German counterparts. That's why they prefer the less expensive dorms rooms over a room in an apartment, according to a study done by the German National Association for Student Affairs.

Yet in their first year at university, many German students also like to live in the dorms so they can get their bearings in this new phase of their life.

The universities look set to remain overcrowded through much of the university career of this year's new students. The Center for Higher Education has calculated that until 2015 there will be 200,000 too few student places in Germany.

Over 3,400 German men and women began military service on Monday as the first group of exclusively volunteer recruits. After over 50 years of conscripting soldiers, the Bundeswehr is now completely voluntary. (04.07.2011)

Extended time studying has become a priority over immediately looking for a job for many students in Germany. Engineering programs have seen the largest increase in enrollment during this trend. (14.03.2011)