Famous German TV star Joachim "Blacky" Fuchsberger has died. The 87-year-old died at home after being in and out of hospital. 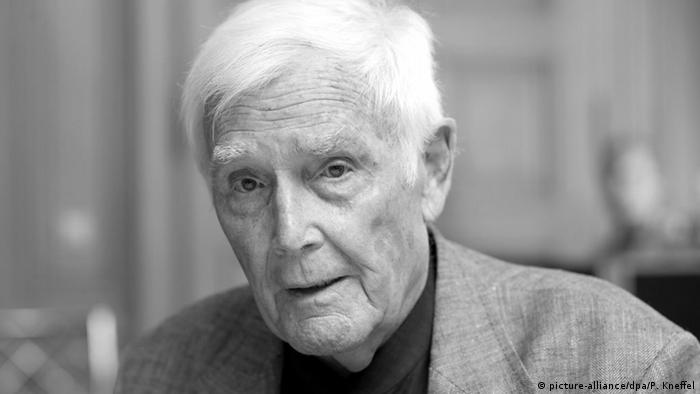 Joachim Fuchsberger died at his home near Munich, his wife told the German news agency dpa on Thursday. "His organs just weren't up to it anymore," she said.

Over the past few weeks, Fuchsberger, who had referred to himself as a "TV dinosaur" on his 80th birthday, had been in and out of hospital.

Before his TV career, Fuchsperger, who was born in Stuttgart in 1927, did some industrial work and worked as a miner in Recklinghausen. It is assumed that's where he got his nickname, Blacky.

It wasn't until the 1950s that he joined the arts scene, where he became active as an MC, poet, actor and moderator for the news magazine Wochenschau (weekly review). He had roles in over 60 films.

Despite undergoing a number of heart surgeries, he continued to make stage appearances. In 2001 he toured with the German stage play "Der Priestermacher" (the priest-maker) throughout the country.