A train has driven through a herd of sheep in southern Germany, killing 50 of the animals. 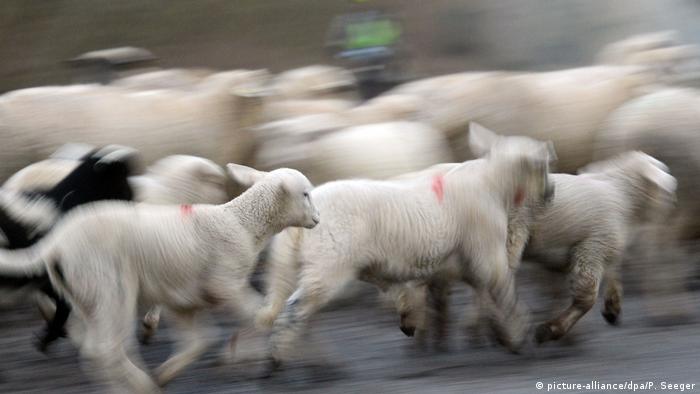 A herd of sheep

Police in Konstanz, on the German-Swiss border, said none of the people on the train — four passengers and the driver — was hurt.

The train, run by Swiss operator SBB, was part of a regional service from Singen to Engen in the state of Baden-Württemberg.

The railway line had to remain closed for about one and a half hours.

It is not clear why the herd of about 450 animals was released from its enclosure.