German trade recovers from slump in May | Business| Economy and finance news from a German perspective | DW | 08.08.2014

German trade recovers from slump in May

German imports surged in June at their fastest rate in three and a half years, while exports grew at a higher pace than expected by analysts. The upswing last month more than offset a brief lull earlier this summer. 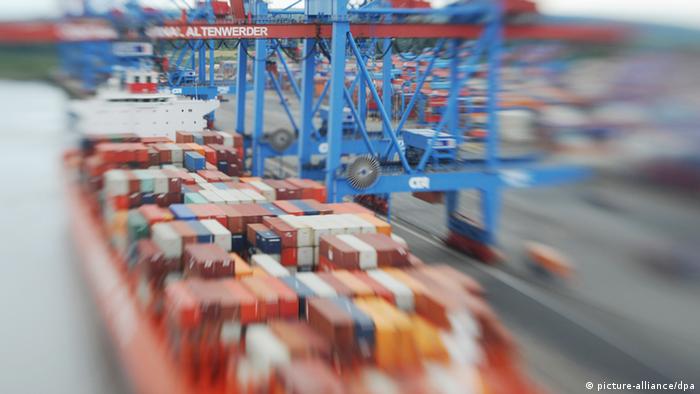 Imports picked up by 4.5 percent, compared with the previous month of May - the biggest month-on-month rise since November 2010.

Exports rose 0.9 percent, a more than 0.8-percent gain that had been predicted by analysts in a consensus forecast by dpa-AFX.

The gains offset a decline by 3.4 percent for imports in May, and a 1.1-percent drop in exports for the month. In terms of volume, Europe's biggest economy shipped goods and services worth a total of 93.4 billion euros ($125 billion) abroad in May, while taking in 77 billion euros worth.

While trade volume with eurozone members more or less stagnated over the year, it actually declined with countries outside of the European Union.

German export lobby group BGA said that it expected shipments abroad to climb 3 percent this year after shrinking in 2013 on subdued global demand. Imports would likely rise even more as domestic demand remains robust throughout the year.