A 62-year-old German woman had been hiking when bad weather approached on the island of San Pietro, near Sardinia. She was killed before she and her family could reach safety. 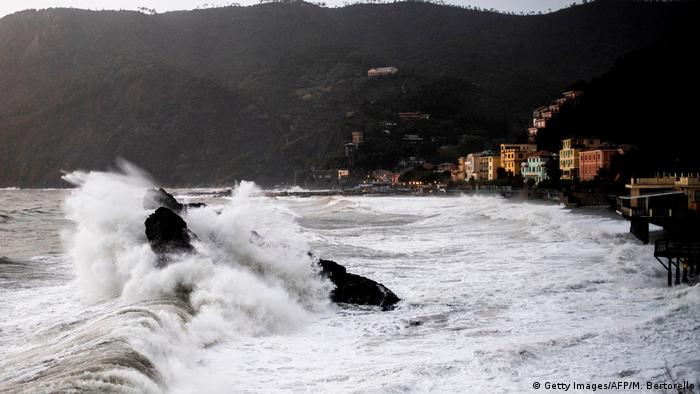 The unnamed German woman had been walking with her husband and son on Friday afternoon on San Pietro, a smaller island near Sardinia.

A spokesman for the civil protection agency said that as the bad weather approached the family had tried to return to their car. But the woman was hit by a bolt of lightning and thrown several meters into the air before they could reach safety.

An 87-year-old woman who had been injured in the storms earlier in the week, died in hospital on Friday, bringing the number of fatalities to at least 17.

Italy has been hit by high winds and storms throughout the week, with still more wind and rain forecast in some areas. Italy's civil protection agency described the weather as "one of the most complex meteorological situations of the past 50 to 60 years."

Many people have been killed or injured by falling trees. The Coldiretti agricultural association said gales had destroyed about 14 million trees, many of them in the north of Italy.

Italy's fire and rescue service on Saturday released images showing the damage caused in the northeast.

Veneto governor Luca Zaia said: "It's like after an earthquake," and added: "Thousands of hectares of forest were razed to the ground as if by a giant electric saw."

The governor said about 160,000 people had been left without electricity.

In addition to the individual casualties, several towns in and near the mountains were cut off after landslides blocked roads. Schools, parks and underpasses have been shut. 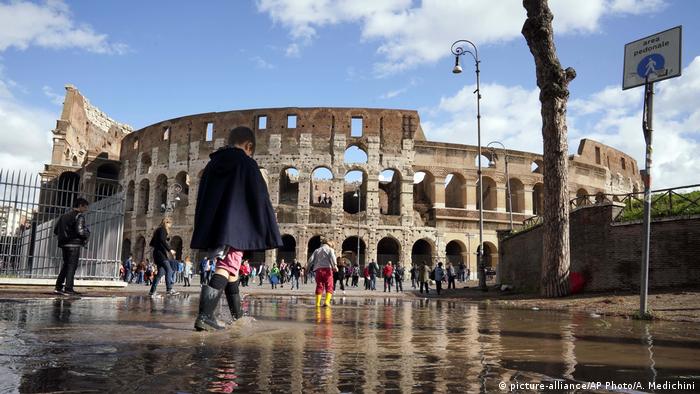 The storms came to Rome with high winds and flooding

The seaside resort of Portofino was only reachable by sea after the main road along the coast collapsed. A pathway opened to allow residents to leave the area was closed after it became too dangerous.

Supernormal tidal events in Venice are categorized as intense when the measured sea level is between 80 cm and 109 cm above the standard sea level.

The head of the civil protection agency Angelo Borrelli said the wind speeds in the Veneto region had reached 180 kilometers per hour (112 mph). He described the situation there as "apocalyptic."

The European Banking Authority (EBA) has published results of a stress test it ran on major lenders from the EU and Norway, showing that a clutch of British banks and two lenders from Italy fared worst. (02.11.2018)