German authorities have launched a search for two teenagers who are believed to have run away to join the "Islamic State" militia. The girls met online, according to officials. 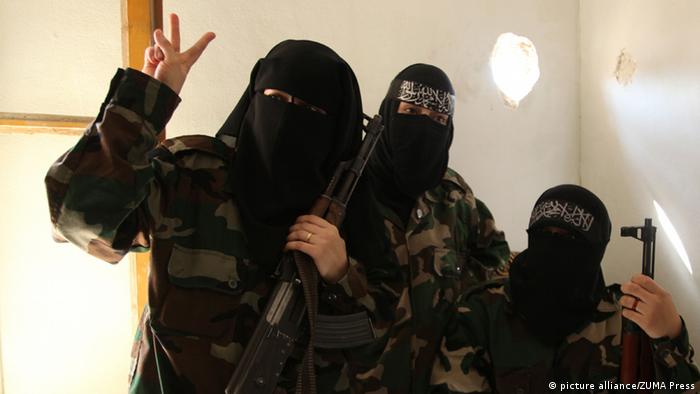 Two girls from eastern Germany, aged 15 and 18, had flown to Turkey in early March and were subsequently reported missing, police sources confirmed on Tuesday. The information gathered so far suggests they were attempting to join the "Islamic State" group, a spokesman for State Criminal Office in Saxony-Anhalt said.

It is not yet clear whether the girls have reached the areas controlled by the IS terrorists.

The assumption that the two wanted to join the IS relies on information provided by friends of the girls, as well as their online activities, according to the police sources.

German police believe that the two girls met online, and the ongoing investigation is attempting to determine the degree of their radicalization.

The authorities are also attempting to find out the current whereabouts of the girls and to bring them back to Germany.

German prosecutors have launched an investigation over supporting a terrorist organization, State Prosecutors Office spokesman Jens Wörmann told German Public broadcaster MDR. While the girls themselves are not targeted by the inquiry, the officials are attempting to determine what led the teenagers to run away from home.

Neither of the two girls have migrant roots, according to the authorities.

Young girls and women in Germany have been known to travel to Syria and Iraq to marry a jihadist, but also to become fighters themselves, police sources claim.

Traveling to a terror camp is not punishable under German law. However, the law does allow for action to be taken against people who receive training for severe violent acts against the state in a terror camp outside Germany. The regulations are expected to be updated soon, according to the MDR.

The German public broadcaster also reported that some 650 people have already left Germany to join the fighting in Iraq and Syria, including a significant percentage of minors.

In addition, German authorities are currently investigating some 106 jihadists who returned to the country after fighting alongside IS, chief federal prosecutor Harald Range said Monday. The number of such cases has risen sharply since the beginning of the year.

"We have yet to see the peak of this development," Range said.

On Tuesday, German prosecutors announced their latest case involving a defendant identified as Nezet S., who stands accused of travelling to Syria in July, receiving weapons training there and fighting in the war zone. He then returned to Germany and was arrested in September, prosecutors said.

According to German authorities, there are nearly 300 Islamists within the country's borders who are capable of conducting a terror strike.

Amnesty International has said a series of "ruthless airstrikes" on an "Islamic State" stronghold last year by Syria's government killed more than 100 civilians. Some raids gave "every indication of being war crimes." (17.03.2015)

Coronavirus: UK to end nationwide lockdown, go back to tiered system 9m ago