The German government has recalled thousands of eggs contaminated with the chemical fipronil. The news comes less than a year after the insecticide found its way into millions of eggs in the Netherlands. 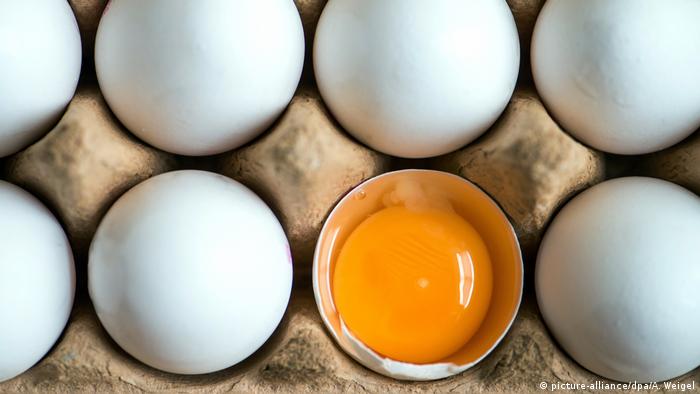 The Agriculture Ministry of the state of Lower Saxony has said that approximately 73,000 eggs due to be sold across six German states are contaminated with the insecticide fipronil.

The new contaminated batch of eggs from the Netherlands arrived on supermarket shelves in Lower Saxony, Baden-Württemberg, Hesse, Bavaria, Schleswig-Holstein and North Rhine-Westphalia, the ministry said Monday. A recall of the eggs has been initiated.

The news of the contaminated eggs comes less than a year after it became public that fipronil, a toxic anti-lice agent banned from use in products for human consumption, had found its way into millions of eggs in the Netherlands.

The result was a huge fallout for Dutch authorities. Millions of eggs had to be taken off the market in Germany and other European countries, and several hen farms had to be closed in the Netherlands.

Altogether, a total of 97,200 eggs were delivered between May 17 and June 4 from the Netherlands to a packing center in the district of Vechta, in Lower Saxony. The state's ministry was informed about the new contamination on Friday.

The scope and cause of the contamination remains unclear.

Belgium's agriculture minister has accused Dutch authorities of keeping reports of Fipronil use a secret. The allegations come after Belgian officials admitted they knew back in June that eggs had been contaminated. (09.08.2017)