A German team has developed a way to give LEDs, which shed bluish or cold light, a warm tone. It could revolutionize highly efficient LEDs - and it's gained them a science prize nomination. 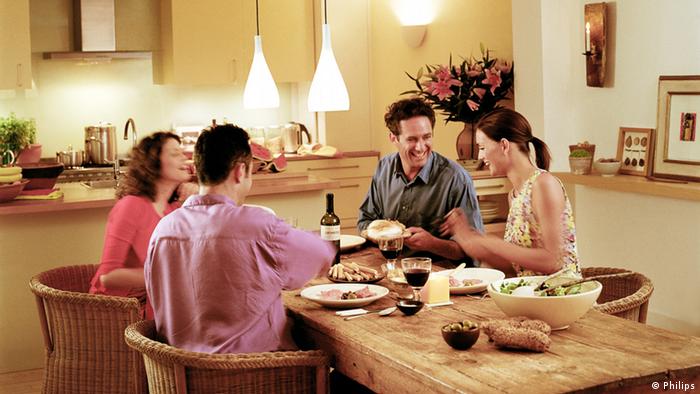 LEDs, or light-emitting diodes, have long been used in flashlights and bicycle lights - in applications where the main goals have been brightness and battery efficiency.

Despite its efficiency and environmental friendliness, the bluish tone of LED light has prevented it from becoming more widespread.

But a German invention employing a luminescent material that imparts a warm tone to the light may now make LEDs more of a household item.

Peter Schmidt, who co-developed the invention in the labs of electronics company Philips, says the material is applied as a thin layer directly over the LED semiconductor.

"A portion of the blue light passes through this layer," says Schmidt, "but another portion is transformed into green and red light, with the help of this luminescent material."

The tone of light from the new LEDs appears to the human eye to be nearly the same as that from a conventional bulb, a halogen lamp or even a candle. But in contrast to these light sources, the LED developed by Schmidt and Wolfgang Schnick is far more energy-efficient. 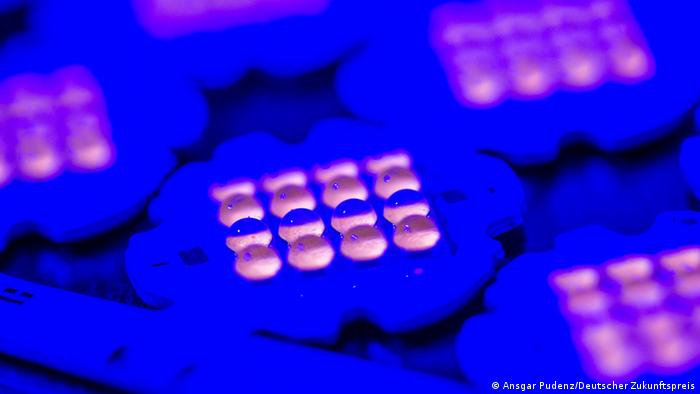 All lamps could be considered sources of heat rather than light. But Physicist Helmut Bechtel says LEDs are a type of lighting "where there's a chance to generate more light than heat."

The reason is that unlike other light sources, LEDs don't emit infrared or ultraviolet light - wavelengths that are not perceptible by the human eye. In practice, a warm-white LED light using 10 watts of electricity produces as much visible light as a 60-watt conventional or incandescent bulb. That's even more efficient than the 12-watt compact fluorescent bulbs currently available on the market.

LEDs also have the advantage that they don't contain poisonous mercury.

Due to their low voltage, LEDs are especially suitable for usage with renewable energy sources, such as solar or wind, or even small car batteries, which is good news for people without access to a power grid - in the developing world and elsewhere. 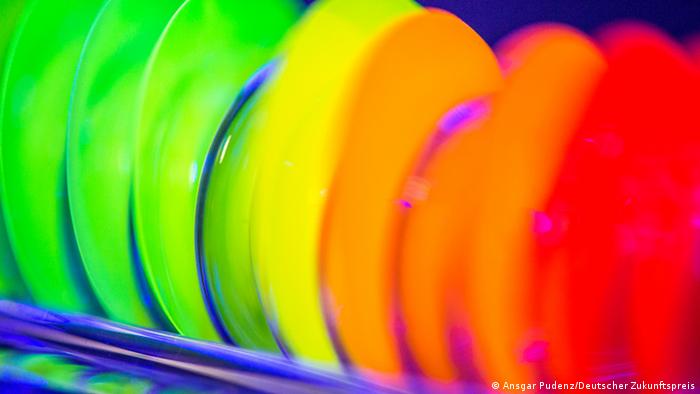 The chemist was the one who first discovered that silicon nitrides, or chemical compounds made of silicon and nitrogen, can convert light from blue LEDs to white light.

But one of the obstacles to industrial application of the technology is the paucity of the substance.

So in his quest to produce larger quantities of the substance, Schmidt reached back to the annals of alchemy.

In the 16th century, an alchemist in Bologna, Vincenzo Casciarolo, was attempting to produce gold out of less valuable materials, a process known as transmutation.

Casciarolo mixed baryte, a naturally occurring mineral, with rye flour and cooked it over a fire.

"The next day, he discovered it was glowing," says Schmidt. "It was the first synthetic luminescent material - the Bolognian stone." 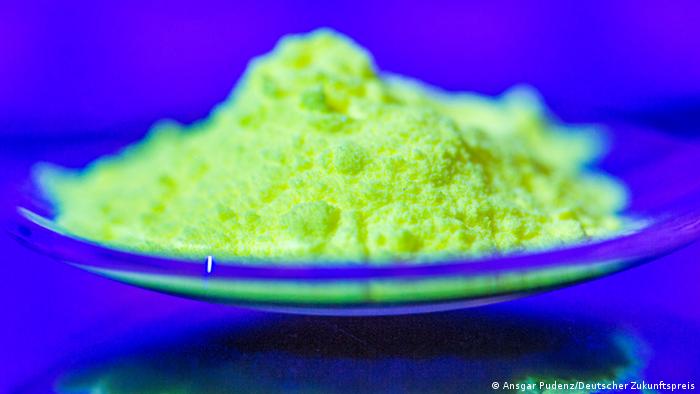 Unbeknownst to the alchemist, he had induced a chemical reaction that replaced the oxygen in silicon oxides with nitrogen, producing silicon nitride.

Schmidt says he was almost as surprised as Casciarolo when he tried the same thing.

They mixed coal with other substances to create a grey mass.

"Then we slid it into the oven," says Schmidt. "We weren't so hopeful that it would work."

But the next day, when they went to take the material out of the oven, "a glowing orange mass came out. We knew right then that the process had worked."

Warm-white LEDs have come even further since the discovery.

Again at the Philips labs, engineer Raymond Wijnen is testing a similar use of phosphorus with LEDs, applying a thin layer over the top.

For his experiments, Wijnen explains that he builds LEDs by hand. 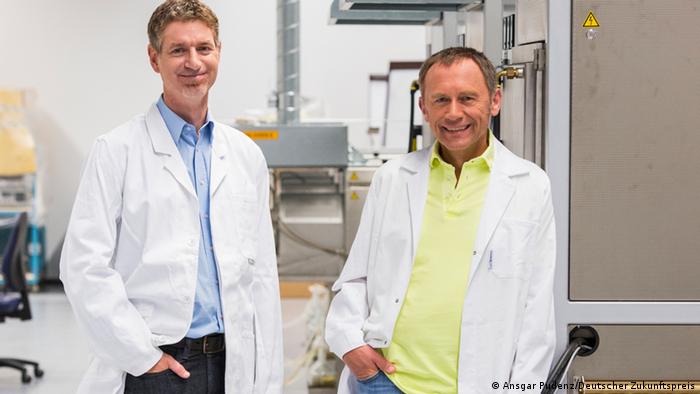 Schmidt and Schnick are aiming for the German Future Prize

Meanwhile, Schmidt is working on the living room lamp of the future.

His vision is to develop digitally controlled lamps that can adjust their spectrum on human biological needs.

When we see bluer spectrums, for example, our brains produce more serotonin, which wakes us up.

But too much blue light can lead to sleep problems - so warm light is more relaxing and healthier before bedtime.

"With the help of color-controlled lamps, we can adjust the lighting to a person's biorhythm," says Schmidt, explaining his vision.

This could also hold true for flatscreen displays, including computers. The future may hold a "wakeup" screen of cool bluish light for mornings, and a "sleepytime" screen with warm light.

Lasers can cut, weld and melt a variety of materials. But, the beams of light of the future will likely look very different. They'll fire short flashes of light and do much more than today's conventional lasers. (29.11.2013)

Unable to type on a touchscreen? Airwriting may be the solution (for your fat fingers)

German researchers have developed a prototype glove that recognizes words written in mid air. The system could spell the end of the annoying practice of typing texts onto tiny touchscreens. (28.11.2013)

Artificial intelligence: robots will have to think for themselves in space

The further we get from Earth, the more space probes and robots will have to think for themselves. But developing autonomous robots is hard without artificial intelligence. (22.11.2013)