The Schleswig-Holstein state prosecutor is advancing his case for the extradition of former Catalan President Carles Puigdemont. However, the state's top court has ruled that Puigdemont cannot yet be rearrested. 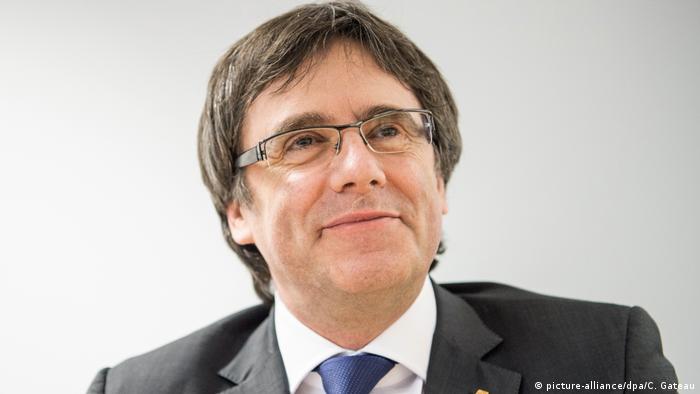 The public prosecutor in the state of Schleswig-Holstein is preparing the paperwork to extradite former Catalan President Carles Puigdemont to Spain, where he could face charges of rebellion and disturbing the public order following a referendum on October 1 in which a majority of voters expressed a clear preference for the semiautonomous region's secession.

On Tuesday, however, a court ruled that Puigdemont, who was taken into custody by German authorities in March at the request of Spain, could not be rearrested because he doesn't pose a "flight risk."

Puigdemont, who on April 6 was ordered released pending a decision, is currently in Berlin. A court had already ruled earlier this spring that he could not be extradited on charges of rebellion. It would permit authorities to send him to Spain to face accusations of misuse of public funds.

Nevertheless, prosecutors in Schleswig-Holstein continue to push for his extradition, citing videos they say show violence against Spanish police. "The disturbances were on such a scale that prosecutors believe that he should also be extradited over the
accusation of rebellion," they argued, calling the charge comparable to two offenses under German law: treason and breaching
the peace.

The court has not yet set a date for its next ruling on whether to extradite Puigdemont, who is free on €75,000 ($88,675) bail so long as he does not leave Germany. His successor in Catalonia is also a secessionist.