Samuel Kunz lay low for 65 years after World War II. Now the 90-year-old former death camp guard is on trial for participating in the murder 430,000 Jews in Poland. Nazi-hunters say it's about time. 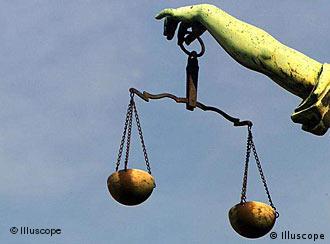 More aging Nazi criminals are being brought to trial

Kunz, who admitted to working as a guard at the Belzec extermination camp in Nazi-occupied Poland from 1942 to 1943, stands accused of participation in the murder of 430,000 Jews. He is also charged with the shooting of 10 Jews in two separate incidents, prosecutor Christoph Goeke told the Associated Press news agency.

Kunz, who worked as a craftsman after World War II in the western German city of Bonn, was third on the Simon Wiesenthal Center's top-ten list of most-wanted Nazi suspects published in April. The Wiesenthal Center's Ephraim Zuroff said Wednesday that the Kunz case proves it is not too late to bring Nazi criminals to justice.

According to Zuroff, Kunz was uncovered by the US Justice Department through testimony given at the trial of Ukrainian-born John Demjanjuk in Munich. Demjanjuk was first brought to court last November for his alleged involvement in the murder of 27,900 people at the Sobibor death camp in Poland. 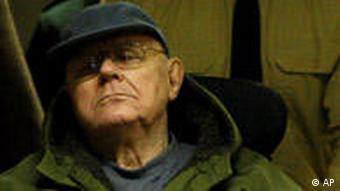 Following World War II, several top Nazi criminals were tried and hanged in Nuremberg. Although German authorities have since examined over 25,000 cases, very few of these cases were ever brought to court.

Nazi-hunters have welcomed a recent flurry of Nazi murder trials - including the Kunz and Demjanjuk cases - as a sign of changing times in the German legal system.

"It reflects recent changes in the German prosecution policy, which have significantly enlarged the number of suspects who will be brought to justice," said Zuroff.

In one of the last Nazi war crimes trials, 88-year-old former SS soldier Heinrich Boere has been sentenced to life imprisonment for killing three Dutch citizens in World War Two. (23.03.2010)

Opinion: No statute of limitations on horrors of the Holocaust

After decades of judicial wrangling, the alleged Nazi criminal John Demjanjuk is to stand trial in Germany. On Tuesday he was flown to Munich and brought to a prison awaiting trial. Cornelia Rabitz has this commentary. (12.05.2009)