"Better Smart than Drunk" seeks to teach school children about alcohol by getting them to drink it and tell supervisors how they feel. 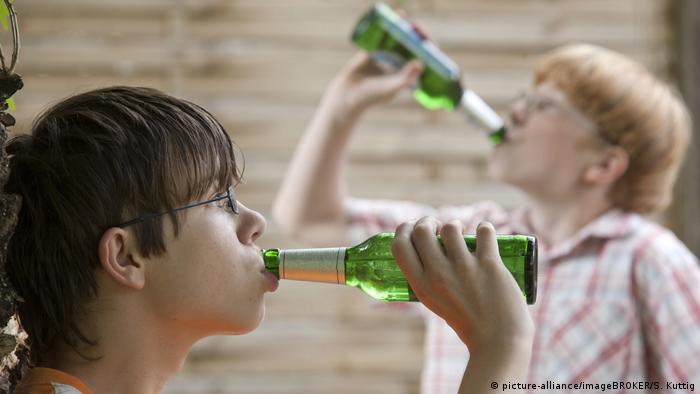 The professor behind an initiative to get teenage school children to drink alcohol to learn about its effects has defended the controversial project.

Professor Johannes Lindenmeyer told the DPA news agency that "Better Smart than Drunk" was not trying to "encourage" anyone to drink.

The mother of a 15-year-old boy in the northeastern state of Brandenburg had complained about the project after her son brought a consent form home from school, the Nordkurier newspaper reported.

School children who sign up for the project drink alcohol and then tell supervisors how many milliliters they think they have consumed and how they feel. Parents are also asked to say how much their child is allowed to drink.

"Eighty-five percent of the adult population drinks regularly, and we have to assume that most young people will sooner or later drink alcohol as well," Lindenmeyer said.

Lindenmeyer said the complaint was the first to have been made since the project started in Brandenburg in 2008. Ten to 30 school grades take part in the project every year.

The average age at which teenagers in Brandenburg experience being drunk for the first time is 14, according to the latest Health Ministry figures. About 15 percent of boys and 9 percent of girls between the age of 15 and 16 say they drink alcohol at least once a week, according to the state ministry.

The books and computers in a Lagos slum library are a ray of hope for children living in Ajegunle, many of whom can't afford to go to school.

Critics say BJP governments in several states are attempting to introduce a new syllabus in schools that aligns with the Hindu nationalist party's worldview.