German prison under fire for ′suicide′ checks on ex-top boss Middelhoff | Germany | News and in-depth reporting from Berlin and beyond | DW | 08.04.2015

Ex-top manager Thomas Middelhoff has been exposed to unnecessary checks and sleep deprivation in prison, according to his attorneys. His case has triggered a debate about suicide prevention in prisons. 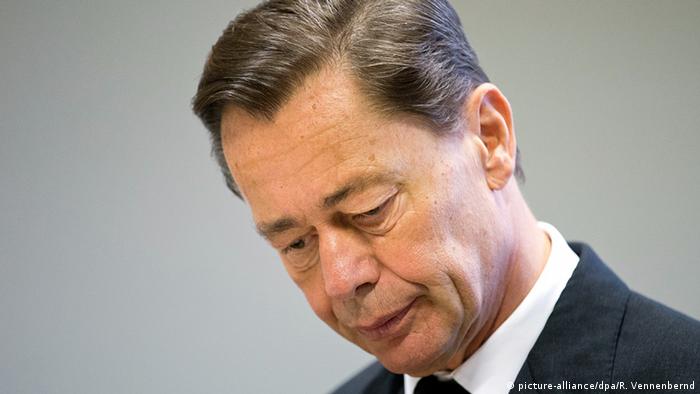 Thomas Middelhoff is a name Germans associate with corporate power - a fat cat, hardworking, but ruthless. The now bankrupt ex-manager once said he needed his own, private jet as he could not possibly be asked to waste valuable company time standing in line for security checks at the airport.

That was then. The ex-chief of Arcandor, the owner of German department store chain Karstadt, and one-time head of media giant Bertelsmann, is currently in prison in the western town of Essen after being sentenced to three years in jail for embezzlement and tax fraud last November. His lawyers have appealed the ruling. He did not get bail because the risk of him jumping it was deemed too high.

His attorneys now allege that Middelhoff was exposed to unnecessarily frequent checks over a period of four weeks between November 14 and December 9, 2014, according to various German media reports. Prison staff are said to have switched on the light every 15 minutes to see if he was still alive, thus continually depriving him of sleep, which his attorneys say, has led to serious medical problems. Middelhoff is currently being treated in a hospital.

Essen prison officials say the frequent checks were essential, as Middelhoff was considered to be at risk of committing suicide. The head of the Essen prison, Alfred Doliwa, told German Sunday paper "Bild am Sonntag" that "the inmate's life takes priority. What would have happened if Middelhoff had harmed himself?" 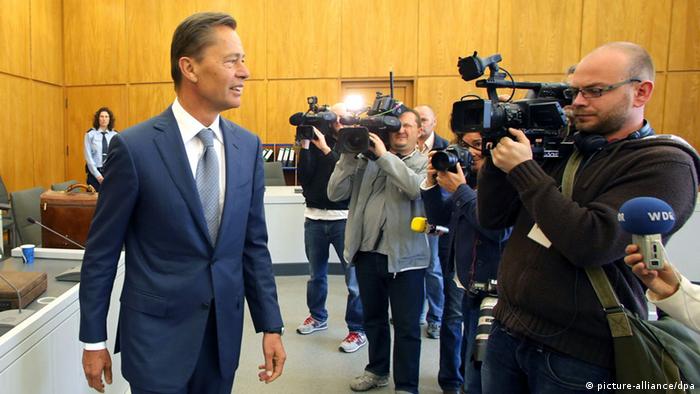 Middelhoff was found guilty on 27 counts of fraud and three counts of tax evasion.

He also said that "if someone is in danger of losing everything, it's a typical case of intentional suicide," which is why he ordered staff to check on him every 15 minutes, 24 hours a day.

Frequent checks are indeed standard practice if someone has been diagnosed as at risk of taking his or her own life. "We know that the risk of suicide is five to seven times higher among prison inmates than in the general population," Rudolf Egg, criminologist and former head of Germany's Central Criminological Agency (KRIMZ) told DW, adding that the risk is particularly high in the first few weeks of detention.

"It means the authorities have to react, they have a duty of care," Egg says. In other words, he says "if you lock someone up" you have to make sure, among other things, that that person cannot easily harm him or herself.

Egg does, however, concede that if Middelhoff was exposed to frequent checks that kept him from sleeping for more than a few days, then "it was an overreaction and inappropriate, as it would have a negative impact on the inmate."

Although Egg disagrees with the comparison, some have even likened the practice to the methods used by former East Germany's notorious "Stasi" State Security apparatus.

"What has been revealed about the treatment of Thomas Middelhoff in prison in Essen reminds me of the methods of the East German State Security, Hubertus Knabe director of a Stasi memorial site in Berlin, told Germany's Spiegel Online website. 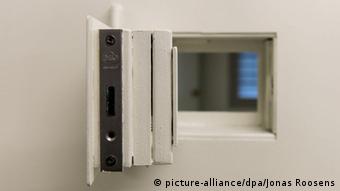 Prison staff are required to check on inmates at risk of suicide.

Katharina Bennefeld-Kersten, a psychologist who specializes in suicide prevention, says she cannot imagine that "someone, over the course of several weeks, was being checked on by turning on the light every 15 minutes or even waking him up deliberately." She thinks Middelhoff's lawyers should and would have complained after a few days, rather than wait for several weeks.

According to media reports, Middelhoff was deemed at risk of suicide partly because it emerged during the trial that his brother had killed himself in 2006.

Any inmate starting detention needs to undergo medical checks and a talk with a prison official. If he or she sees a potential suicide risk, a psychologist or other expert will have to assess the inmate.

Frequent checks are then allowed to protect the inmate, or others. The use of technical equipment is also permitted, and there is an ongoing debate about what can and cannot be used.

Bennefeld-Kersten told DW that her research had found that between 2000 and 2013, 1,067 people killed themselves, all but 30 of them men. The numbers have dropped as more resources are put into prevention and prisons are less overcrowded, but what's startling is that 90 percent of those who took their own lives, had not been evaluated as a suicide risk.

"Inmates are often very cautious, because if they admit that they're having suicidal thoughts, they will face severe restrictions and might even end up in a high-security cell, which feels like life is coming to an end," she explains.

Both Egg and Bennefeld-Kersten believe it is important to talk to the inmate as much as possible and address his or her problems. A project in Munich for example, Egg says, offers detainees a cell mate for the first few nights, who will spend time with them and help them deal with the new situation.

A court in northwestern Germany has sentenced the former Arcandor CEO to three years in jail. Thomas Middelhoff was found guilty of 27 cases of embezzlement and three cases of tax evasion. (14.11.2014)