German papers have begun to treat Brexit like a twisty, fascinating TV box set. But more conservative media voices suggest that it's time for MPs to accept Prime Minister Theresa May's deal and end the madness. 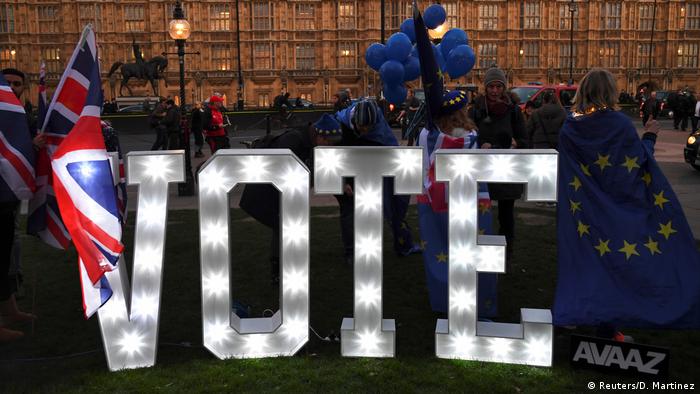 The German papers shook their collective heads following the latest round of voting in the British Parliament, which saw the House of Commons vote against eight different proposals for a way out of the UK's Brexit crisis in a first round of voting to find a compromise that MPs could agree on.

The reliably excitable Bild, Europe's biggest mass-circulation newspaper, began its top story with the line: "The next act in the Brexit drama — and the chaos has become even more confusing!"

The concept of Brexit as an ongoing TV drama was echoed in other German media outlets, such as the taz newspaper, whose Dominic Johnson wrote that the "endless soap called Brexit" had gone into a "new season."

Die Zeit's Matthias Krupa took the metaphor even further, and remains highly entertained by the show. "Most series flatten out after the second or third season, but Brexit is different," he wrote on Thursday. "The longer the series lasts, the more exciting the plot gets. The best episode so far came out on Wednesday night." 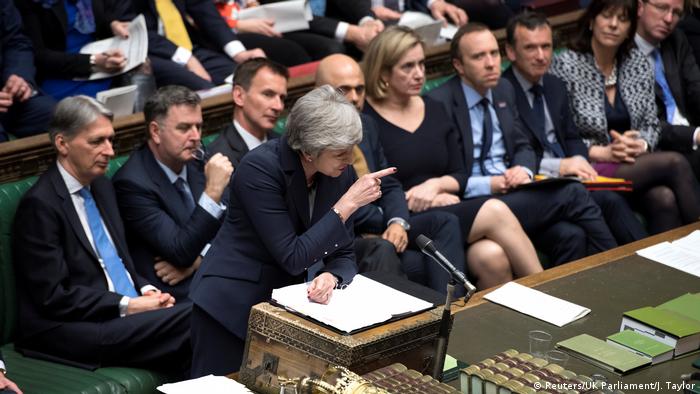 The Brexit saga has entertained the German papers

Parliament not much cleverer

Krupa laid much of the blame for the debacle on May for failing to consult Parliament for a majority in the past two years of negotiations with the EU. But he added that Wednesday's events showed that "the parliament isn't any cleverer that the prime minister."

He also suggested that Brexit had destabilized Britain's political system, which, he wrote, "had always been characterized by great clarity. The government here, the opposition over there: First the Conservatives were in power, then Labour, then Conservatives again." The internal divisions in both parties had destroyed this order.

Der Spiegel, like many in the German media, noted that even May's offer to resign once her deal had been passed by parliament could not guarantee the Commons' approval.

Meanwhile, the Frankfurter Allgemeine Zeitung's Jochen Buchsteiner, still believes that May's exit deal with the EU, twice defeated in the House of Commons by triple-figure margins, has a chance of passing. Or at least, the pundit believes the "chances have never been higher," after long-term opponents like Jacob Rees-Mogg have signaled that they may be willing to switch.

"One can only wish it for the country, and the European Union, that at the third attempt there will be enough votes for the deal," Buchsteiner wrote. "The people who are directly affected by Brexit, but also the companies on the island and the continent would finally have security in their planning."

At this stage, Buchsteiner said, May's deal remains the UK's best option, since even if the House of Commons could agree an alternative course next Monday, it would be no reason to "breathe a sigh of relief." New negotiations on a plan to present to Brussels would result in "a phase of constitutional arguments that would soon lead to new elections."

"What would that mean? A grotesque European election … and another long phase of uncertainty in which the obsessions in all the camps would only grow," he added.

Theresa May says she is still trying to build support for her Brexit deal, which has twice failed in Parliament. Britain could leave the EU without a Brexit deal on April 12 if she fails to break the impasse. (25.03.2019)

Multiple UK outlets are reporting that Theresa May's Cabinet is now refusing to support her premiership and is asking her to step down. An interim leader would then oversee Brexit negotiations. (23.03.2019)