Less than 48 hours until the UK heads to the polls in the EU referendum, Germany has reiterated its support for a "Remain" vote. Even with the UK, the EU needs change, Germany's finance minister has said. 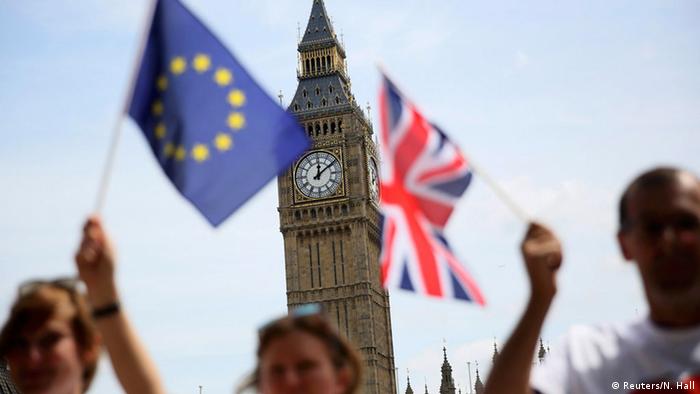 In a final message to the UK ahead of Thursday's referendum, German President Joachim Gauck said on Tuesday that it was a "puzzle" to him how people could believe that vital issues such as "security, environment protection, and sustainably economic growth won't be more effectively protected and better represented on the global stage by the EU that by single member states.

Reflecting upon the rise in right-wing populism across the EU, Gauck criticized the growing number of movements "which call themselves patriotic, but must be called nationalistic."

"Let us not forget, what evil nationalism brought over Europe. Peace and freedom in Europe is not a given," Gauck said during a visit to Bucharest. 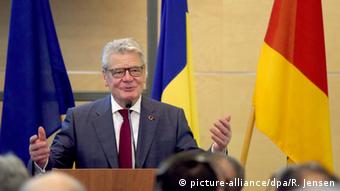 Following an Economic Council meeting held by Chancellor Angela Merkel's Christian Democratic Union (CDU) party in Berlin on Tuesday, German Finance Minister said that even if the UK does choose to remain in the EU, Europe needs a change of course.

"Things can't just keep going as they have been," Schäuble said. "Otherwise, people will say, 'You haven't understood a thing'."

Dutch Finance Minister Jeroen Dijsselbloem echoed Schaeuble's call for change, saying that "we should build a better Europe," with Britain taking on a bigger role in steering the bloc's future if British voters do decide to stay.

In an interview with DW, Dr Thomas Sampson, a professor at the London School of Economics (LSE), said that the need for growth in Europe goes hand in hand with combating the rise of nationalism in Europe. 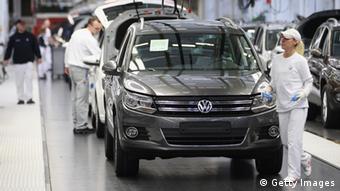 Germany's export-orientated industries, such as car manufacturing, could suffer from a "Brexit"

"Growth has been slow in recent years, and that's what's lead to much of this rise in national-populism," Sampson said.

"If we vote to the remain in EU, I hope politicians in the UK will see this as an opportunity to cease standing on sidelines of the EU complaining, and take more of a leadership role and help push forward measures that would boost growth across Europe."

Throughout the EU referendum debate, Germany has taken a clear stance on its desire for the UK to remain a member of the EU.

"From my point of view, Britain remaining in the European Union is the best and most desirable thing for us all," Merkel previously said.

She said Britain's "skepticism," its "understatement" and its "grandiose pragmatism" were ideal substitutes for Germany's "excessive enthusiasm" on European matters.

A majority of Germans also wants Britain to remain. A poll conducted by DW in April found that a resounding 78 per cent of Germans were against a "Brexit" - the highest figure in all five EU countries polled, including the UK itself.

Should the UK vote in favor of a "Brexit," however, Germany's finance minister has already ruled out the possibility of the UK being allowed access to the single market like Switzerland or Norway.

"Out means out," Schäuble said.

As Germany's fifth most important trading partner, the UK's departure from the EU would also spell trouble for the German economy, particularly in export-oriented fields such as chemicals, pharmaceuticals and the car industry.

German exported goods and services amount to about eight percent of all German exports, or 120 billion euros ($135 billion).

The UK is due to vote on its membership in the EU on June 23. A Survation poll published on Tuesday put the "Remain" camp just one percentage point ahead of the "Leave" campaign with 45 percent, well within the margin of error.

German study links football scores to voting - will it affect the Brexit vote?

Europe is breathless these days with soccer euphoria and political chaos. Combining the two, a new study shows a link between scores and voting patterns. Could a bad Euro 2016 be the last straw in the Brexit debate? (16.06.2016)

Brexit and the environment