German politicians predict US elections will impact world politics | Germany | News and in-depth reporting from Berlin and beyond | DW | 03.11.2010

Republican victories in Tuesday's midterm elections dealt a major blow to President Barack Obama. German politicians are wondering what a divided American government will mean for Europe and world politics. 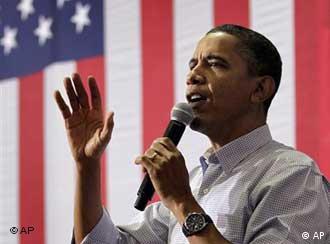 The elections represent a major threat to US President Barack Obama's power at home, as the opposition Republicans gained a majority in the Congress's lower house, the House of Representatives, and boosted their numbers in the Senate.

A bigger role on the world stage?

The German government's Coordinator for German-American relations, Hans-Ulrich Klose, said Wednesday he expected Obama to turn his gaze outward in light of new difficulties in domestic politics. He told national radio station Deutschlandradio that the president would now be concentrating more on the Mideast conflict.

"I hesitate to speak of a solution to the problems, but it would be good if there were more intelligent conflict management," Klose said. 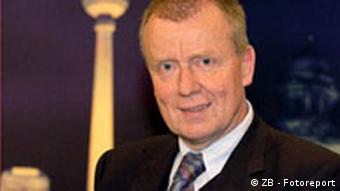 The chairman of the Bundestag parliament's foreign affairs committee, Ruprecht Polenz, also stressed that Obama could maintain a strong role in international politics, as the president is only dependent on Congress in matters of international diplomacy when it comes to ratifying treaties.

Europe to 'step up to the plate.'

However, Polenz took a different position from Klose's, positing that conflicts within American politics could weaken the US's leading position in worldwide diplomacy.

"Of course, the US's role in the world will be judged by its partners according to how strong they are at home. In that sense, [Obama] is somewhat weakened," Polenz told Deutsche Welle.

Polenz stressed that Germany and Europe would have to take a stronger position in global diplomacy if the US were to take a step back, especially in matters such as the Mideast conflict, Russian-American relations and China's ascent to the world stage.

"We need solutions to certain conflicts and problems in this world, and if the Americans can't focus on that as strongly as in the past, then Europe will have to do more," he said, adding, "We don't have an eternity to answer as many foreign-policy questions as possible with one voice and act accordingly."

"One message of this election is that we are now being put more to the challenge," Polenz added.

Polenz said that Europe was not capable of filling the US's shoes in matters of world politics, but stressed that a more politically divided America needed Europe's support: "It will be important for us to put more effort into our relationship because we need to work together when one partner can't carry as much of the burden." 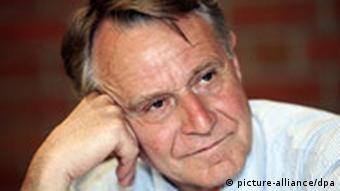 Klose says Democrats and Republicans will have to cooperate more closely

One place where Europe will have to take on more responsibility, according to Rainer Stinner, foreign policy spokesperson for Germany's Free Democrats - the party of Foreign Minister Guido Westerwelle - is in the reshaping of the North Atlantic Treaty Organization (NATO). NATO is currently forming its new strategic concept.

"If NATO members agree that a missile defense shield is necessary, then it will surely need to be financed by all NATO partners and cannot all be put on the Americans' shoulders," Stinner said.

The big question facing American politics is whether Democrats and Republicans can work together, or if increased control by the opposition Republicans will mean a political stalemate.

Polenz believes a standstill would be "fatal" for the US both at home and abroad.

Klose and Stinner, however, believe the two parties will be forced to work together. Stinner said that, should the Republicans continue trying to block all legislation from the Democrats, it could backfire against them in the next elections.

"The Republicans would do well not to continue a purely oppositional politics," he said, "but to try to work together with the president so that he can't position them as preventing [progress]."

Obama concedes defeat in House, pledges to work with Republicans

President Barack Obama admits that he took a beating in the mid-term elections as Republicans storm into the House of Representatives. The Democrats manage to keep a slim majority in the Senate.

The midterm election results show that Americans are not happy with their president's policies. Barack Obama has to now own up to his faults and react, says DW's Washington correspondent Christina Bergmann. (03.11.2010)