German Politicians Call for Increasing Drinking Age to 18 | Germany | News and in-depth reporting from Berlin and beyond | DW | 13.03.2007

Numerous politicians have demanded that alcohol be banned from minors in Germany. Currently, German kids over 16 can drink beer and wine, which health experts say promotes dependence when teenagers are still developing. 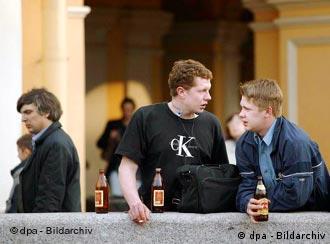 "Every chance to keep young people from becoming dependent on drugs should be taken advantage of," Eichhorn told thed Berliner Tagespiegel daily.

The opposition Green party has also welcomed the move.

"If people take protecting young people seriously, then they need to see to it that selling alcohol to minors is outlawed," said Harald Terpe, spokesperson for drug issues for the Greens.

"Repression is not the answer," said Detlev Pfarr of the FDP, adding that young people have to learn to deal with alcohol in a responsible way. 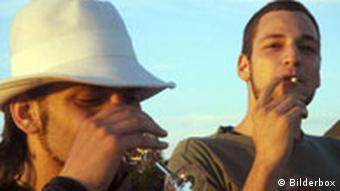 The legal drinking age in Germany is 16, though kids must wait until they're 18 to drink spirits. Studies have shown that excessive -- or binge -- drinking has increased dramatically in recent years in Germany and other European countries.

Health experts warn this can have particularly harsh consequences for young people since their bodies, including their brains, are still developing.

Changing the drinking age to 18 is not enough, according to many health experts who said that health awareness campaigns are also necessary.

Eichhorn agreed. "Kids must be informed in schools about the drastic effects of consuming legal and illegal drugs," she said.

The plan, which was intended to target binge drinking and drunk driving, particularly among young people, stopped short of calling for a ban on alcohol advertising, opting to educate rather than restrict the industry's sales or publicity.

"It's not the product we're dealing with, it's the excessive consumption," said EU Health Commissioner Markos Kyprianou.

EU estimates show about 55 million adults, or more than 10 percent of the bloc's population, drink at harmful levels. Alcohol is the third biggest cause of illness and early death in the EU, killing 195,000 people a year.

Kyprianou said though age limits for buying drinks exist in every EU member state, they are not rigidly enforced and minors still have access to alcohol.

German Government to Crack Down on Drunk Driving

With binge drinking gaining ground in Germany, the German government is seeking to crack down on drunk driving among young people by imposing tough new laws including a zero-tolerance policy. (15.02.2007)

A comparative study on the well-being of children in the industrialized world showed German children in the middle of the pack. Britain got a failing grade, coming in dead last while northern Europe came out on top. (14.02.2007)