German political foundations under observation | Germany| News and in-depth reporting from Berlin and beyond | DW | 30.03.2012

The work of German political foundations abroad is highly sensitive: for the second time, one of them has been asked to leave an Arab country. 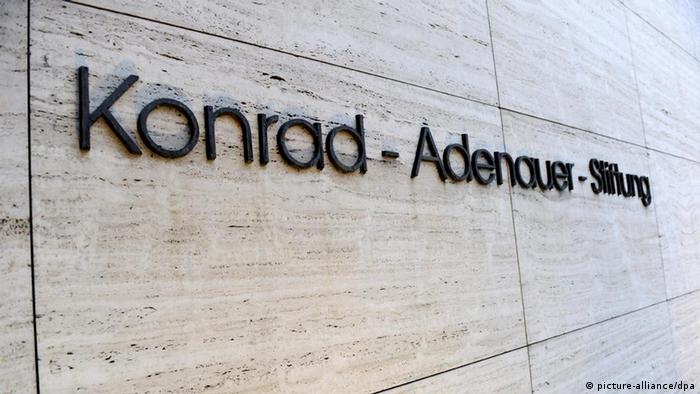 The Konrad Adenauer Foundation (KAS) has been told it has to close its office in the United Arab Emirates. The president of the Foundation describes this as a "warning sign."

Hans-Gert Pöttering told DW, "If this becomes the rule in the Arab world, that'll make it very difficult to undertake the dialog of cultures which the KAS and the other political foundation are involved in." It would be a worrying development for democracy and liberty. The German foreign minister, Guido Westerwelle, has called on the UAE to reverse the decision.

Abu Dhabi is the second Arab country after Egypt which the KAS, which is close to the German Christian Democratic party, has been told to leave. At the end of last year, the authorities in Cairo accused it and other non-government organizations of "illegal financing" and "lack of proper authorization." The same accusations were leveled at the Friedrich Ebert, Friedrich Naumann and Hanns Seidel Foundations. Two other political foundations which were planning to set up office in Cairo have put off their plans. They say they'll wait to see if conditions are better after the presidential elections in May.

The way the KAS was treated in Egypt has had an effect in other regions, says Jürgen Stetten, Asia expert with the Friedrich Ebert Foundation, which is close to the German Social Democrats. The events didn't change much in respect of the way the foundations work, which has to be based on transparency and trust, he says, but "such cases make it clear how important it is to be guided by such principles." But, he adds, where a government doesn't want you, you are well advised to consider carefully if you are doing the right things. 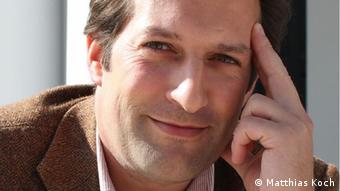 "It's like with different electrical circuits," says Babak Khalatbari, head of the Islamabad office of the KAS. "You need a different adapter for each circuit, and for the one in Pakistan we need a Pakistani adapter."

That doesn't sound so complicated, but it means that the staff sent abroad by the six German political foundations have to have thorough knowledge of the country they're going to, plenty of sensitivity, extensive intercultural competence and foreign language skills.

The foundations have altogether more than 300 offices around the world, and they run projects jointly with local partners which reflect the political priorities of the German parties which sponsor them.

They all take the process of sending staff to work abroad very seriously. Those who are going to head offices have to spend up to six months studying such topics as national history and politics, language and intercultural training, as well as project management. Tim Petschulat, head of the office of the Friedrich Ebert Foundation in Yemen, points out, "You can be in complete agreement on the content and rational level, but a project may not happen because of a misunderstanding on the cultural level."

Gerhard Wahlers, deputy secretary-general of the KAS, agrees that preparation is enormously important: "One is always in a different culture - you have to be aware of that if you want to work outside Germany." And that applies even for Europe and the US. 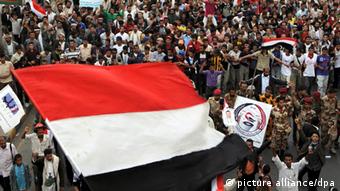 Change in Yemen means the foundations are welcome guests

The conditions under which the foundations work are very different in different countries. But what they all have in common is that they are a long way from their headquarters. As Stetten of the Friedrich Ebert Foundation says, that means they have a lot of responsibility and have to be self-reliant. They are dependent on the ideas and creativity of their local staff. That's their strength.

They work on projects with local NGOs or parliaments, and that is sometimes seen as interference by the authorities. Khalatbari told DW that the foundations often work in "very sensitive" terrain. As he asks, "How would we feel if foreign foundations were advising our parliament? We would also be asking what's going on."

Plenty of political sensitivity is required in dealing with the local authorities, and that's not just in countries where the political system is a real challenge, as in Zimbabwe, for example. The situation there is particularly difficult: staff are under permanent observation and risk expulsion. China and Vietnam are two other countries where the work of the foundations is under close observation. Staff have to live with the fact that, in some political situations, some projects are just not possible. As Wahlers says, "Basically, it's always more difficult for the foundation to be active under an authoritarian regime." 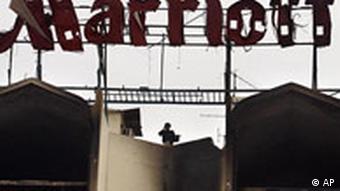 The Adenauer Foundation should have been next

In many countries, it's not the political system which makes the work difficult, but the security situation. Petschulat says that the political conditions have improved considerably in Yemen since the change of power, and the foundations are even asked for their help. But the difficult security situation, with terrorist attacks and kidnappings, restrict their activities. Petschulat himself only spends one week a month in Sanaa.

"All that has to happen is that you're in the wrong place, and something can go wrong," says Khalatbari. He remembers the attack on the Marriott Hotel in Islamabad in September 2008. The hotel, which was close to the KAS office, was completely destroyed. Two years later, the KAS was itself a target. He received a threatening letter, saying that a suicide bomber planned to blow the building up. In that case, the Pakistani government was quick to offer addition police protection.

Alarm bells are ringing at German political organizations after the UAE's demand that the Konrad Adenauer Foundation close its offices in Abu Dhabi. It's an alarming development, says DW's Daniel Scheschkewitz. (30.03.2012)

Germany 'will learn' to lead, former US ambassador says

Former US ambassador to Germany John Kornblum says Berlin will learn to lead Europe through the current crisis. He told DW it's a role Germany may not cherish, but has no choice but to accept. (28.03.2012)

German, American and other non-governmental organization staff have been allowed to leave Egypt. Germany is demanding that the trial against them be terminated. (01.03.2012)