Police conducted raids on several properties throughout Germany thought to be connected to an extremist group that associates itself with the Ku Klux Klan. A total of 17 people are at the center of the investigation. 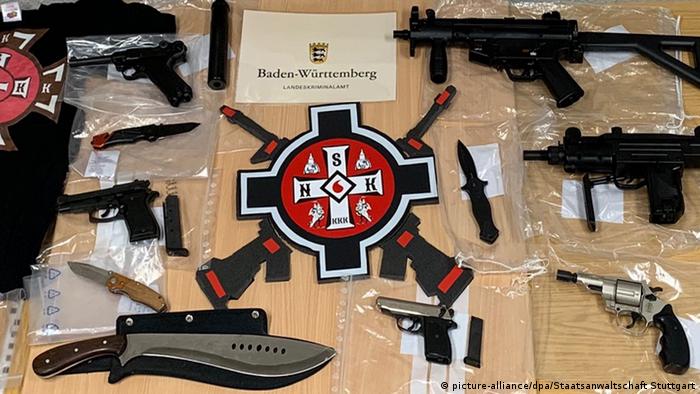 Read more: 'The KKK is active here in Germany'

The raids targeted 17 people between the ages of 17 and 59, but there was no official word of any arrests. Authorities say around 40 people are under investigation.

"The members were united in their right-wing orientation, which included expressing a glorification of National Socialism," investigators said.

Investigators began looking into the accused after they showed up in a chat history on a mobile phone. The device had been seized as part of initial investigations into the use of insignia of illegal organizations.

Authorities said they have found no evidence linking the extremist group with other KKK organizations. They say the group recruited members partly online and charged monthly fees.

The KKK is well known in the United States as a hate group. However, there is now published research about activities by similarly named groups in Germany.