German Police Limbo Over Shooting-to-Kill | Germany| News and in-depth reporting from Berlin and beyond | DW | 26.07.2005

British police's shoot-to-kill policy led on Friday to the death of an innocent Brazilian. Scotland Yard expressed regret but justified the policy. German laws are much more nebulous. 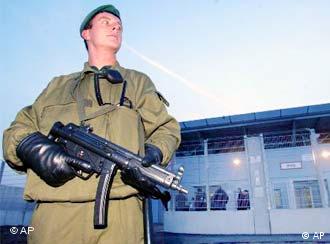 Could it happen in Germany?

When the issue of a shoot-to-kill policy comes up in Germany, most police officers find themselves in legal limbo. Until terrorism became a viable, ubiquitous threat, it had only arisen in cases of hostage takings. 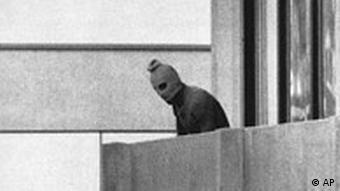 Bavaria became the first German state to allow the practice, which it authorized the year after terrorists killed 11 Israeli athletes at the 1972 Olympic Games in Munich. Currently 12 of Germany's 16 states permit police officers to kill suspects in order to save the lives of innocent people but only as a last resort.

Responsibility rests alone on the officer

But lawmakers in some states have been wary about creating legislation that puts a top-ranking police commissioner in position to hand down a potential death sentence. As a result, several states, including Berlin, allow police officers themselves to decide which action to take; their superiors may not order them to kill a suspected terrorist or hostage-taker.

The policy is not without its critics. Police union representatives say that the measure might not pass legal muster, even in dangerous situations.

"I have my doubts if a shoot-to-kill policy, a preventative shooting, is legal in Germany," Bernhard Witthaut, deputy chief the German police union GdP, told the Süddeutsche Zeitung newspaper.

Others say a shoot-to-kill policy is necessary not just in hostage-taking situations, but beyond.

"If a hostage's life can be saved by a deadly shot, why can't those of numerous passengers in an underground train?" Wilfried Albishausen, deputy head of the German Association of Detectives told the Süddeutsche.

But at the moment, the debate in Germany is focusing more on police capabilities and resources. Interior Minister Otto Schily re-opened a federal vs. state debate on expanding the capabilities of the country's Federal Crime Office.

Konrad Freiberg, the head of the GdP, said measures recommended by top politicians are misguided. Many police departments are missing the necessary personnel to keep watch over the estimated 300 radical Muslims in Germany.

Freiberg told the Neue Osanbrücker Zeitung that the fact was just one of several "irresponsible shortfalls" in Germany's anti-terror fight and accused politicians of having a "talk show mentality."

European investigators have called for more efficient cooperation in the fight against terrorism. But conflicts of interests and privacy issues, especially in Germany, are undermining investigations. (Nov. 5, 2005)

While 51 percent of Germans express concern at the prospect of their country becoming a target for terrorists, politicians are bickering over what action to take to secure the country from attack. (July 13, 2005)

London's police chief said he deeply regretted the killing of an innocent Brazilian in the hunt for the attackers, but added that police remain under orders to shoot suspected suicide bombers in the head if necessary. (July 24, 2005)