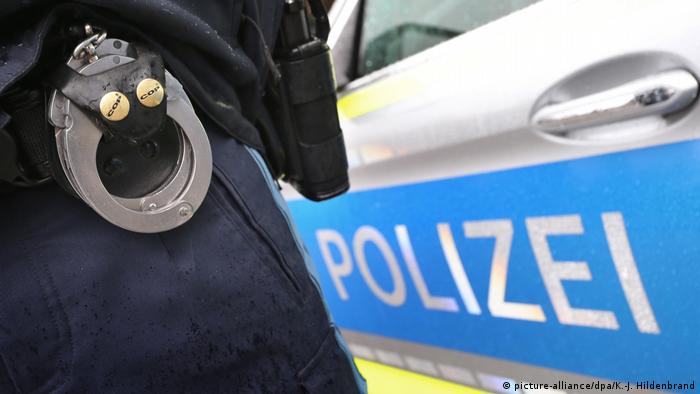 The raids stem from a major investigation run by public prosecutors in the Bavarian town of Kempten — near Germany's borders with Liechtenstein, Austria and Switzerland — and a Bavarian office of Germany's federal police, which specializes in border security and transport policing.

A total of 19 suspects, between the ages of 21 and 44, have been accused of smuggling refugees for large sums of money.

The human trafficking operation allegedly dates back to at least April 2019. Prosecutors accuse the group of smuggling mostly Syrian refugees along the so-called Balkan route to Germany, concealing them in cars and small cargo vehicles.

The suspects, Syrian, Lebanese and Libyan nationals, are said to have used vans and cars to move the refugees across land borders, prosecutors said.

Authorities say the operation was sophisticated, with ring members scouting police checkpoints and border crossings, ahead of the vehicles that transported the refugees.

They managed to sneak some 140 mostly Syrian refugees into Germany.

The gang leader was regularly in touch and involved in coordinating the smugglers' activities on his smartphone, "albeit from a safe distance."

Police got wind of the operation last August, when they caught one of the group's suspected operators in the act on a stretch of highway near the border with Austria.

Authorities said they issued pre-trial detention warrants and seized a large amount of evidence, including the smartphones used by the group, in raids they conducted on Tuesday involving 400 federal police officers.

German investigators said they worked in "close cooperation" with relative authorities in several European countries and with Europol.

Germany is resuming deportations of rejected asylum-seekers to Afghanistan, which had been suspended with the first wave of coronavirus in March. The move has triggered fierce criticism.