A rights organization has accused German federal police of "an appalling level of racism and contempt for human beings." Prosecutors are looking into the torture of migrants by officers in Hanover. 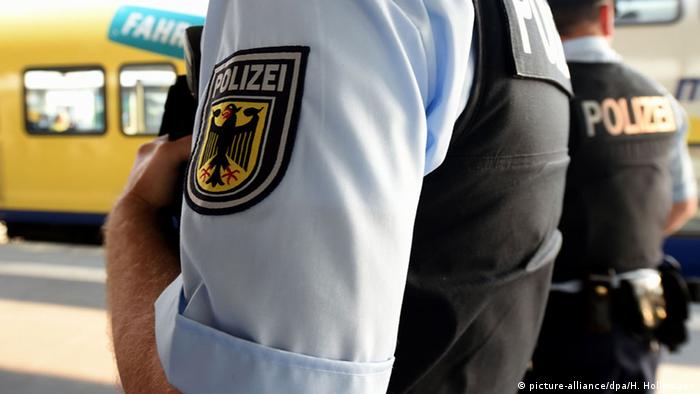 On Monday, the German human rights organization Pro Asyl responded to reports that the Hanover federal police had tortured at least two migrants in the past year. In an exclusive aired Sunday, the public radio and television broadcaster Norddeutscher Rundfunk (NDR) detailed at least two incidents of violence against migrants in custody.

With Pro Asyl calling the reports evidence of "an appalling level of racism and contempt for human beings" by the Hanover federal police on Monday, the nongovernmental organization's head, Günter Burkhardt, demanded a broad investigation. "The whole cesspool must be exposed," he said, calling the "inaction of accomplices in police uniform" while their colleagues allegedly tortured migrants a "scandal within a scandal."

NDR has released texts allegedly sent by an officer to colleagues via WhatsApp, as well as a photo of a shackled teenager from Morocco "in an unnatural position." The broadcaster has reported that the evidence implicates multiple officers, with the boots of at least two shown in the photo. An unnamed official from the Hanover federal police told the broadcaster that the two cases it has detailed are not isolated.

Prosecutors in the state of Lower Saxony are looking into the matter. "We received a complaint last week that referred to assaults in a police department of the federal police," Attorney General Thomas Klinge told NDR. As part of the investigation, prosecutors have sent police to search the home and workstation of at least one accused officer, the broadcaster has reported.

Burkhardt said that looking into the actions of individual police is not enough. "In a hierarchical police organization, the question remains of what and how much the supervising officers knew about the incidents," Burkhardt said Monday.

The broadcaster's exclusive comes amid EU-wide efforts to stem migration in the Mediterranean Sea, where the German navy has a mandate to sink refugee boats after "rescuing" their passengers. It is also happening during a time of mass protests targeting migrants from Islamic countries in Germany. The Council of Europe's human rights commissioner has called on the country to do more to combat xenophobia.

The two incidents known to NDR allegedly took place last year. In March 2014, police arrested a 19-year-old Afghan at a restaurant in Hanover's main station after finding that he did not have permission to be in Germany. They took him back to the department, where he was dragged with his feet shackled and an officer apparently stuck his finger up the teenager's nose.

"It was great," the unnamed officer wrote in one of the reported WhatsApp messages. "He squealed like a pig. It was a gift from Allah."

In the other case, police arrested 19-year-old from Morocco with tolerated migration status in Germany after he failed to produce a ticket for a regional train ride. In a WhatsApp message, an officer reportedly forced the teenager to eat rancid pork - prohibited in Islam - "off the floor."