German photographer Anja Niedringhaus has been killed in an attack in Afghanistan, while Canadian reporter Kathy Gannon was wounded. They were shot when a policeman opened fire on them in the eastern Khost province. 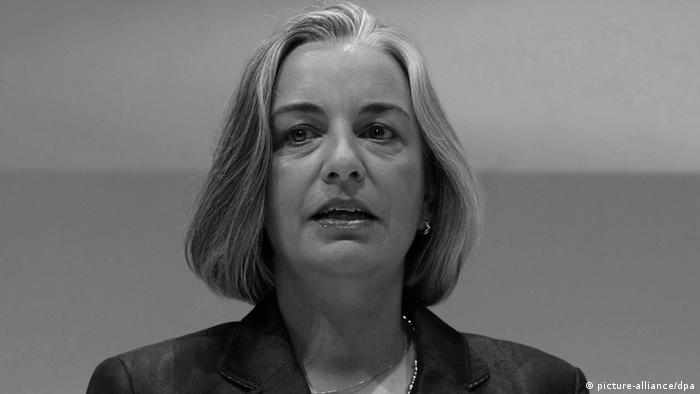 A policeman shot the two journalists, who were working for the Associated Press news agency, on Friday, officials said.

DW's Waslat Haslat-Nazimi was one of the first to report the incident, which occurred in a remote small town in Khost province near Afghanistan's border with Pakistan.

"Anja Niedringhaus, 48, an internationally acclaimed German photographer, was killed instantly ... Kathy Gannon, the reporter, was wounded twice and is receiving medical attention," AP said in a report from Kabul.

The two were traveling in a convoy of election workers delivering ballots to the outskirts of Khost city when the incident took place, AP said. A unit commander named Naqibullah walked up to them as their car was sitting and waiting for the convoy to move, shouted "Allahu Akbar" (God is Great) and opened fire on them in the back seat with an AK-47, the agency added.

Niedringhaus (pictured) was reportedly killed instantly, while Gannon, 60, was described by medical personnel as being in stable condition.

"Anja and Kathy together have spent years in Afghanistan covering the conflict and the people there. Anja was a vibrant, dynamic journalist well-loved for her insightful photographs, her warm heart and joy for life. We are heartbroken at her loss," AP Executive Editor Kathleen Carroll said from New York.

The attack comes ahead of Saturday's Afghan presidential election. The woman killed Friday is the second Western journalist killed during the election campaign after Swedish journalist Nils Horner was shot dead in Kabul on March 11.

Sardar Ahmad, AFP's senior Afghan reporter, was among nine people shot dead, including his wife and two of his three children, on March 20 when gunmen attacked Kabul's high-security Serena hotel.