The new law will allow doctors to conduct more expansive clinical research on patients suffering from dementia. Lauded by medical experts, the ruling has attracted criticism from care groups and religious institutions. 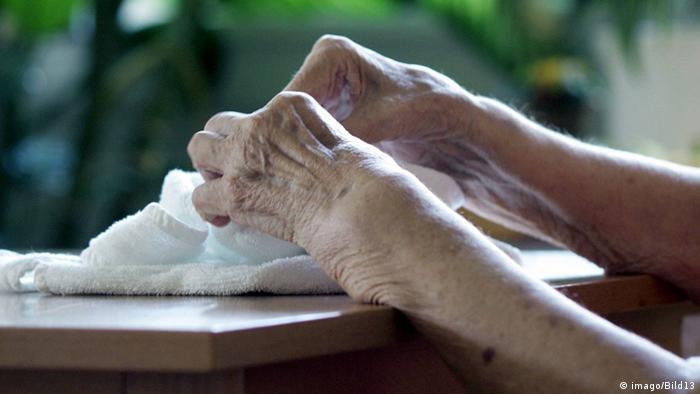 Germany's lower house of parliament, the Bundestag, on Friday passed a law changing the conditions researchers must meet to conduct clinical research on dementia patients.

Previously, doctors were only permitted to test new medication to specifically treat patients themselves. Under the new framework, doctors can test a wider array of medicinal products that may not be catered to current patients but are rather designed to treat future patients.

The law does not change the requirement that patients consent be given to any future trial medicines, before suffering from dementia. Patients must also be counseled by a doctor.

Can you prevent dementia?

Neurologist and psychiatrist Dr. Oliver Peters talks about dementia and what you can do to forestall it. Diet and lifestyle play roles in the development of Alzheimer's disease. (15.09.2016)

A draft German law to change rules for clinical trials among dementia patients has been slammed by former Health Minister Ulla Schmidt as "highly dangerous." The legislative change stems from a modernized EU regulation. (02.06.2016)

Dementia in Germany is on the rise, with at least 100 new cases reported each day. Researchers predict that the number of dementia sufferers in the EU’s most populated country will double by 2050. (05.04.2013)

The law requires that the studies be of minimal burden to the patient and approved by a medical ethics commission.

German lawmakers voted overwhelmingly in favor of the new law, with 357 agreeing to the regulation, while 164 voted against. Twenty-one parliamentarians abstained. As is typical with votes concerning ethical matters, lawmakers were not called upon by party leadership to cast ballots along party lines.

The new framework will now be formally implemented into an EU-wide regulation.

The new law has proven controversial. Opponents have said that it threatens the human dignity of a particularly vulnerable group. Maria Klein-Schmeink and Kordula Schulz-Asche, both from the Greens, said the new law grants the parliament powers to     overrule the ethics commission and damages trust in the medical research field.

Germany's organization for Alzheimers sufferers warned that the law forces vulnerable people into making a decision that they may not be able to take back. Religious institutions took an even stronger stand, warning that the new regulation "downgraded people to be used as mere objects."

Supporters, by contrast, said the law, which needs approval from the upper house of parliament before being enacted, gives people the opportunity to accelerate the level of dementia research and increase the chances of discovering improved treatment. Hermann Gröhe of the Christian Democratic Union said the law provides "fast and secure access to new medicines." Edgar Franke of the Social Democratic Party described it as a victory for self-determination. Franke said no one should be prevented from taking part in a study that could lessen the suffering of future patients.

Medical experts also welcomed the decision. They argued that the results of drug testing conducted in the early stages of dementia are not easily applied to the later stages. Clinical trials, they said, are therefore necessary in improving treatments.

Some 700,000 people in Germany suffer from dementia. However, that number is forecast to double in the coming decades.