Germany's Bundestag is debating new legislation which would oblige the government to reveal its involvement in European Union intergovernmental business, a major hurdle in Germany's ratification of the Lisbon Treaty. 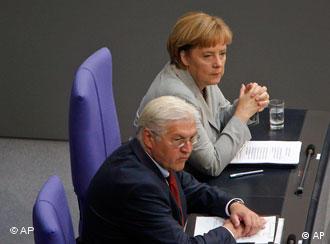 The first reading of the new law, in an unusual step, is taking place during the Bundestag's official summer holiday. The move comes as pressure from Brussels increases on Germany to approve the bill before the German election on September 27. EU officials fear that if Germany fails to ratify the Lisbon Treaty by then, it could bolster opponents of the treaty in the three other nations that have yet to endorse it: Ireland, the Czech Republic and Poland.

Ministers will debate whether the new proposals – which would give the Bundestag access to all relevant EU documents and the option to meet on any subject the government is discussing at EU level – not only satisfies the conditions demanded by the Federal Constitutional Court before allowing ratification, but also satisfies the main political parties.

Germany's top court had ruled in June that the Lisbon Treaty - aimed at streamlining decision-making in the 27-nation EU - must be put on ice until legislation guarding national parliamentary powers was passed. The draft law will now fulfill the constitutional court's requirements.

The new legislation is a watered-down version of a law which the Christian Social Union (CSU), the Bavarian sister party of Chancellor Angela Merkel's Christian Democrats (CDU), demanded. The CSU had insisted that the law include a number of controversial points, including requiring the government to consult the German parliament in EU negotiations, granting the Constitutional Court the last word on interpreting the Lisbon Treaty and requiring referendums before the bloc can accept new members.

While Wednesday's reading is a step towards possible ratification of the Lisbon Treaty, worried Eurocrats hope that the Germans will finalize the deal before the country goes to the polls, since the deal is not yet final. 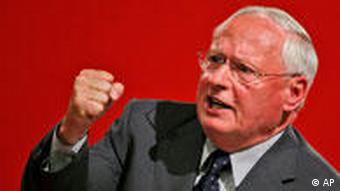 A potential stumbling-block could come from the Left Party, vehement opponents of the Treaty who are attempting to take the issue back to the Federal Court for another hearing.

The Left Party's parliamentary group claims that the new law is unconstitutional and that it does not allow the people to have a say in Germany's involvement in European policies and laws, which it says will ultimately affect them in the same way as if they were domestic laws.

It also argues that the new law doesn't give the parliament enough power in dealing with EU foreign and security issues. As a result, the Left Party believes the law should go before the high court once more.

All 27 members of the European Union have to ratify the treaty for it to take effect and a long delay would be an embarrassment to Chancellor Merkel, who spearheaded efforts to reach a deal on the treaty in 2007. 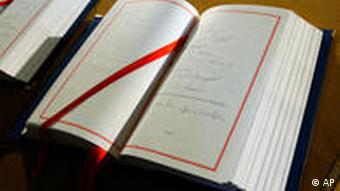 The Lisbon Treaty is designed to facilitate decision-making in an EU which has expanded to encompass several former communist countries in Eastern Europe as well as Malta and Cyprus.

The bloc has almost doubled in size since the current Nice Treaty came into force.

If the Lisbon Treaty replaces it, the EU would do away with the current unwieldy system of the rotating presidency in favor of the selection of a leader for a limited term. A single powerful foreign policy representative would also be appointed.

The treaty itself is a watered-down version of the European constitution that was rejected by voters in France and the Netherlands in 2005.

Germany's ruling parties removed a key hurdle blocking the passage of the EU's Lisbon Treaty after a deal was struck late Tuesday, increasing hopes that the treaty can be ratified in Germany before the upcoming election. (19.08.2009)