Organ building and organ music have a long tradition that is slowly disappearing. Germany has now nominated it for UNESCO's Intangible Cultural Heritage List in a bid to keep the tradition alive. 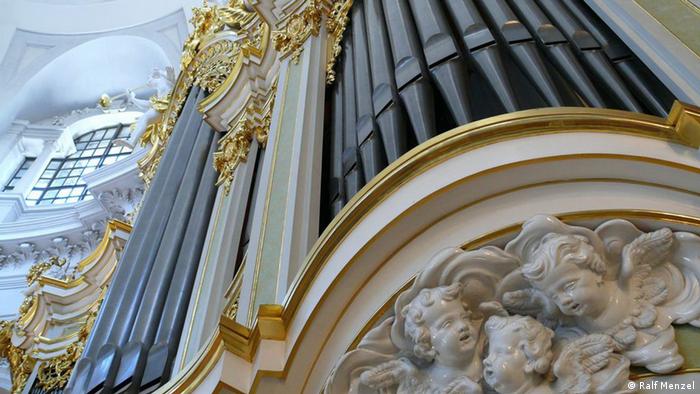 The German government has nominated organ building and music to propose for the UNESCO Intangible Cultural Heritage List. Also known as "living heritage," the list is compiled to safeguard practices, knowledge and expressions that are central to cultural identity and passed on from generation to generation.

"We are very happy about the request to add organ building and music to the UNESCO heritage," a representative from Johannes Klais Orgelbau, an organ manufacturer located in Bonn, told DW. "It is important because it will remind people of the long-standing tradition that this instrument and its music have in Western culture."

Germany is estimated to have the highest density of organs, with about 50,000 instruments in the country, according to news service epd. In addition, many pivotal innovations in organ building have originated from Germany.

There are currently 400 organ manufacturers representing about 2,800 employees in Germany. Together, they built roughly 100 organs each year. The organ maker from Johannes Klais Orgelbau said he wasn't sure whether the nomination "might have an impact on the number of organs manufactured," but added that increased production wasn't the primary goal.

More than 300 organ experts across the country take care of the music instruments on behalf of churches and the state. The instruments are played by about 3,500 full-time organists. German music colleges and the dioceses and regional churches have special education systems for learning how to play the organ. As traditional churches lose attendees, interest in the organ is waning

According to Johannes Klais Orgelbau, the church is the main reason awareness for the organ needs to be raised. "The church has been playing a decreasing role in the everyday life of the people in Germany, or even Europe as such," he said. "With it, the knowledge about the organ and its music is diminishing as well. As a piece of UNESCO heritage, the music tradition would be kept alive."

In addition to making new organs, maintenance and preservation of historical instrument is an important issue for organ builders as well. Therefore, organ builders not only protect the instruments from decay, but preserving them for the future is inherent to their job.

Since 2003 the UNESCO has been lending its support to the protection, documentation and conservation of intangible forms of culture. It was with the ratification of the UNESCO Convention in 2013 that Germany committed itself to create a nationwide inventory of its intangible cultural heritage.

So far, Germany's list comprises 34 examples, including bread baking and the Sternsinger tradition on Three Kings' Day. In late November, the international UNESCO body will decide on new entries to the official list - which could include a contribution from Germany.

Dresden's Church of Our Lady celebration defies xenophobia with music

Destroyed by Allied bombs in World War II, Dresden's iconic Church of Our Lady was restored 10 years ago. In a city now marked by xenophobic tendencies, the anniversary is celebrated with music that evokes community. (26.10.2015)

Despite a radical shift in audience patterns, Beethovenfest director Nike Wagner tells DW why she's still optimistic about the future of classical music. (04.09.2015)

Theaters, traditional rafting, carnival, a Passion play - the German UNESCO Commission has recognized a number of cultural traditions. And they all have one thing in common - they are part of everyday living culture. (17.03.2015)