A politician with the far-right NPD was sentenced along with seven co-defendants. The group conspired to destroy a gymnasium where refugees were to be housed in the town of Nauen near Berlin. 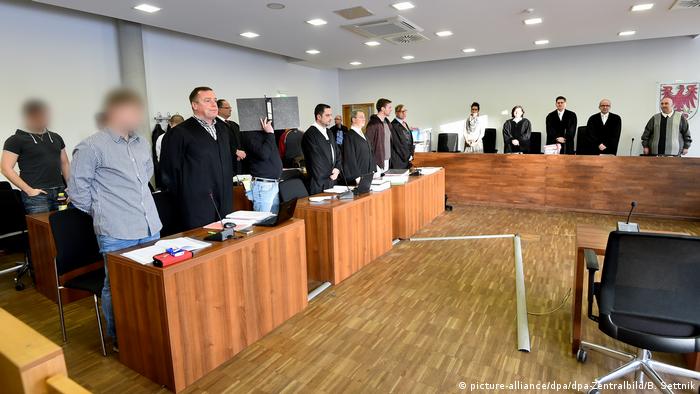 A German nationalist was sentenced to eight years in prison on Thursday as the mastermind of an arson attack on a sports hall where refugees were set to be accommodated. No one was harmed bythe blaze in the town of Nauen, but the crime did cause some 3.5 million euros ($3.7 million) worth of property damage.

Maik S., a 29-year-old politician with the far-right National Democratic Party of Germany (NPD), was clearly motivated by hatred of foreigners, Judge Theodor Horstkötter said. On top of his 8-year sentence, the man was handed an additional 18-month prison sentence for other racist crimes. 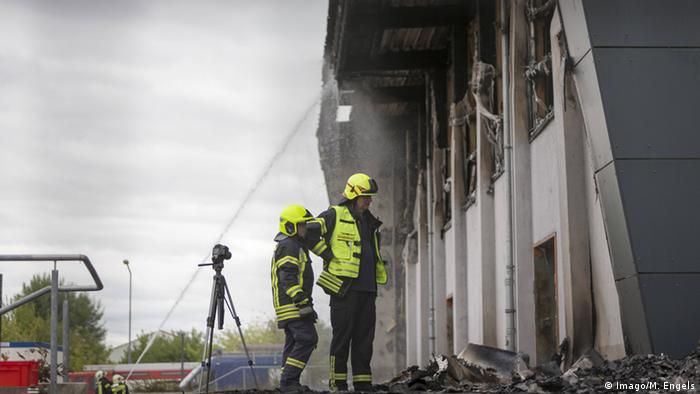 "The attack was meant to signal to refugees: you are not welcome here, we don't have space for you, you aren't safe here," said Horstkötter.

Maik S. consistently denied this through his trial, saying he wanted to char the building, not destroy it, and that he was not motivated by xenophobia.

One of his co-defendants was also sentenced to six years in jail for the August 2015 crime. Four others were given lesser punishments for their involvement, suspended sentences of from eight months to two years.

According to Spiegel Online, prosecutors told the court that by forming a WhatsApp messenger group to plan the crime, the six men had formed a criminal organization. They also said the men were well known in Nauen, a town 40 kilometers (25 miles) west of Berlin, for numerous anti-foreigner incidents. The group had reportedly set fire to the car of a Polish citizen, shouted xenophobic statements at town events, vandalized the office of a left-wing politician and set off an explosive at a supermarket.

Although Chancellor Angela Merkel has described the NPD as "an anti-democratic, xenophobic, anti-Semitic, anti-constitutional party," two high-profile attempts to ban the party have been unsuccessful. A trial at Germany's highest court in 2013 found that the organization had been infiltrated by too many law enforcement agents and that those agents would have to be pulled from the party if a move to ban it were to continue. Last month, a second trial found that the group was too small and insignificant to present a real threat to the state.