The head of Germany’s Central Council of Muslims has said anti-Semitism is sinful and must be tackled. His comments came after Chancellor Angela Merkel voiced concern about a "new phenomenon" of anti-Jewish sentiment. 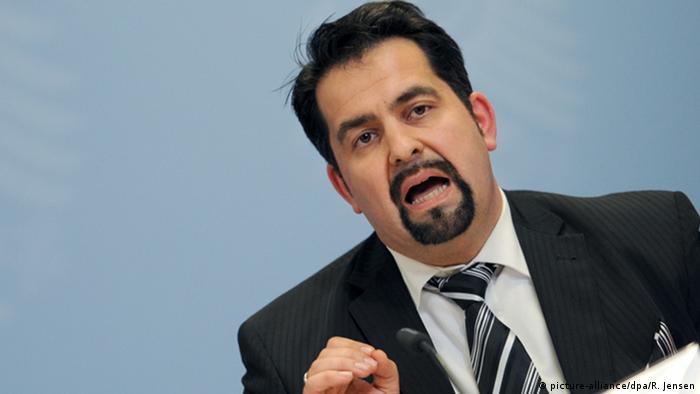 Hatred and abuse of Jewish people are against the tenets of Islam, the president of Germany's Central Council of Muslims, Aiman Mazyek (pictured above), said, adding that the Muslim community had work to do in tackling the problem.

"Anti-Semitism, racism and hatred are great sins in Islam, therefore we will also never tolerate that," Mazyek told the Tuesday edition of the regional newspaper Rheinische Post.

The Muslim leader made his comments in response to remarks by German Chancellor Angela Merkel to an Israeli broadcaster at the weekend. Merkel told Channel 10 News that "refugees and other people of Arab origin are bringing a different form of anti-Semitism into the country."

Mazyek said he accepted that Merkel's comments had been sufficiently "nuanced," recognizing that anti-Semitism had not arrived with refugees. However, he admitted there was a problem.

"We take it very seriously that there is anti-Semitism present among some refugees," Mazyek told the Düsseldorf-based newspaper. He added that the Central Council was organizing meetings between Jews and refugees, and that it was running educational programs that included visits to memorial sites at former concentration camps.

Merkel had made her comments after reports of several anti-Semitic attacks by Muslims in Germany in recent weeks. In one instance that was caught on camera last Tuesday, a man was attacked for wearing a Jewish skullcap in Berlin's Prenzlauer Berg district. The victim, in fact, said he was not Jewish but an Arab Israeli. A 19-year-old Syrian turned himself in to the police after the attack sparked outrage across Germany.

Read more: The kippah, a sign of respect for God

During her interview, the chancellor also spoke about wider anti-Semitism in German society, saying she found it "depressing" that synagogues and Jewish schools still had to be protected by police around the clock.

President of Germany’s Central Council of Jews Josef Schuster on Tuesday advised individuals in large German cities to avoid wearing headwear such as the kippah or yarmulke where it might invite danger.

Schuster said that "in principle" it would be best to show one’s faith defiantly, as evidenced in a campaign started by the Jewish community entitled "Berlin wears the kippah."

However, Schuster added: "In spite of this, I would actually have to advise individuals against openly appearing in large city environments wearing a kippah."