German Cabinet members are open to the idea of a short, technical extension to Brexit — if necessary. Meanwhile, the UK Parliament has been prevented from holding a "yes" or "no" vote on the UK government's Brexit deal. 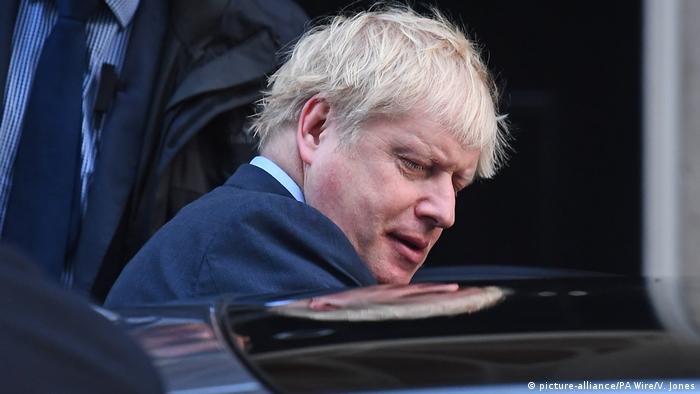 German Foreign Minister Heiko Maas on Monday said he could imagine a short extension to Brexit on technical grounds — if getting the deal accepted in time proved too difficult.

"Should there be problems in Britain with the ratification, I would not rule out that there could be a short, technical extension," he added.

UK Prime Minister Boris Johnson reluctantly sent separate letters late to the European Union on Saturday, after being forced by the UK Parliament to seek an extension to the Brexit process. While one — unsigned — letter did request more time, a separate note sent personally by Johnson argued against any lengthening of the Brexit process.

Echoing Maas's comments, Germany's Economy Minister Peter Altmaier also said he could envisage a delay. He said a short-term extension would be desirable if it avoided a no-deal Brexit.

Altmaier bemoaned a lack of clarity from the UK about what it wanted. "At the moment the most difficult thing is that we don't know who is actually speaking for this country. Is it the government, or is it the elected Parliament?"

Read more: Brexit, the Brits and another 'no' in the House of Commons

Later on Monday, The UK House of Commons speaker, John Bercow, rejected a request by the government to hold a simple 'yes' or 'no' vote on Johnson's Brexit deal.

Bercow said the vote was "in substance the same" as one held on Saturday and so breaches Parliament's rules. He said it would be "repetitive and disorderly" to allow a new vote two days later. He stressed that the government had the option to now bring forward the legislation needed to ratify Johnson's deal with the EU.

The government said it was disappointed with the speaker's decision, but would go ahead with introducing the legislation needed.

Meanwhile, European lawmakers have indicated they would not vote on a UK withdrawal deal before MPs in Westminister approved it in full.

MPs on Tuesday will be asked to approve a proposed government timetable for the legislation to complete its House of Commons stages by the end of Thursday. The second reading of the EU Withdrawal Agreement Bill will also take place on Tuesday.

Many lawmakers criticized the so-called program motion which they said provides insufficient time to properly scrutinize the legislation to ratify the government's Brexit deal.

British MPs who do not support the planned timetable will be voting not to leave the EU on October 31, said the leader of the House of Commons, Jacob Rees-Mogg.

As UK lawmakers passed an amendment delaying a key Brexit vote, pro-EU protesters marched through London demanding a second referendum. Organizers say the revised divorce plan must be put back to the British electorate. (19.10.2019)

Tea and royalty: What do Germans really think of Brits?

With Brexit just around the corner, what are the stereotypes which Germans hold most dear about their (for now) fellow EU members? From politeness to an unhealthy obsession with the war, here are 10 of the most common. (19.10.2019)

Coronavirus: Austria and Denmark break ranks with EU on vaccines 4h ago