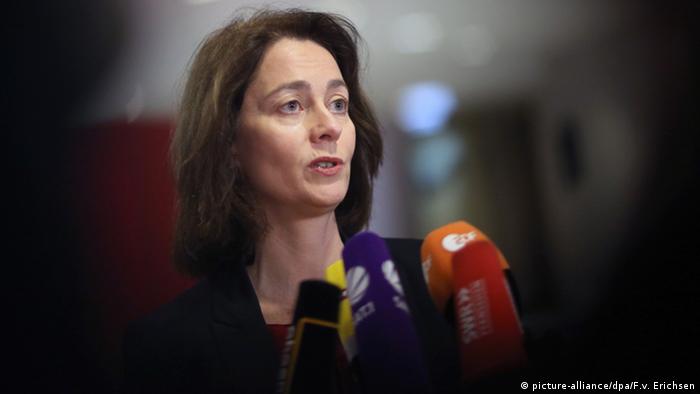 Barley put the German companies on notice in an interview published on Wednesday, slamming them for having too few female executives.

"I'll give businesses one more year to take care of the issue themselves. If nothing has happened by then, we'll have to intervene," she added.

Women still make up only 6.5 percent of executive boards in 106 largest German businesses, according to economics think tank DIW.

Read - How Germany is boosting women's careers in culture and media

Since 2016, over one hundred largest German companies are obligated to have at least 30 percent of women on their supervisory boards. However, German lawmakers have not yet introduced such a quota for the executive boards, which include all executive directors and the company head.

Instead, the companies are free to set their own goals to fix the gender imbalance. Many of them have set their minimum number of female executives to zero, according to the minister.

"For decades, we could see that self-imposed goals are not effective," Barley said on Wednesday.

She added that she would have "no problem with a mandatory quota" to boost women on executive boards.

Barley has served as the women's affairs minister since 2015. She was due to present a report on the corporate gender imbalance to the German cabinet on Wednesday. According to the report, large German companies now have 27.3 percent of women on their supervisory boards, compared to 22.9 percent two years ago.

If even the US president thinks it's fine to "grab a woman by her pussy," what role can women expect to play in society? A study shows even very young girls believe a "really, really smart" person can only be male. (26.01.2017)