German Minister Cautions Against Rise of Right in Time of Crisis | Germany| News and in-depth reporting from Berlin and beyond | DW | 12.11.2008

German Minister Cautions Against Rise of Right in Time of Crisis

Political extremism could result if managers with high incomes do not curb capitalism's excesses, Germany's finance minister said. Berlin is working on a law to limit executives' compensation, according to one report. 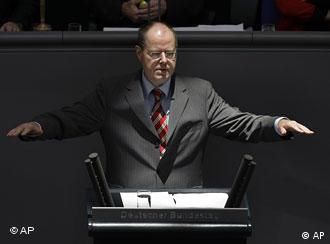 "It's not just this figure people can't get their heads around, they also can't fathom what's happening on financial markets, with this stream of newly innovated products, the names of which hardly anyone can make sense of," he said in a speech in Berlin. 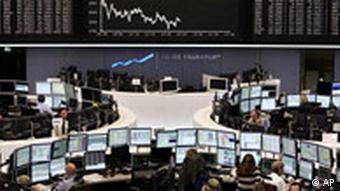 Not all Germans are clear how the financial crisis affects them

Germans could connect excessive pay, corruption and tax evasion with the financial sector's collapse, leading to what Steinbrueck called a "crisis of legitimacy."

Noting that economic upheaval had preceded the rise of the Nazis to power, he said there was a risk voters would conclude that the system no longer measured up to their expectations.

People might then choose either to stop voting, or to throw their support behind politically extreme movements seeking to exploit the situation, the minister said.

In order to keep support among the public, the German government committee is reportedly working on a plan to limit the benefits companies provide their top executives," German business daily Handelblatt reported Wednesday. 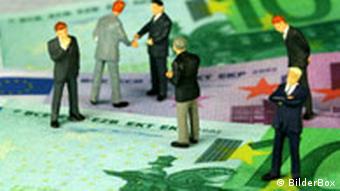 The government is considering limits on executives' benefits

"With a social market economy and fairness in mind, it seems necessary to introduce legal measures that ensure the relationship between managers' compensation and performance is brought back to an acceptable level," the papers said, quoting a draft of the committee's report.

The proposals, which are scheduled for further deliberation on Thursday, reportedly include the ability to reduce managers' salary retroactively when the company performs poorly, to limit top salaries at state-owned companies and to allow the entire board of directors, rather than a directorial subcommittee, to decide on executives' pay.

European leaders agree on the need to speak with one voice at Saturday's economic summit in Washington. But Europe remains split of how to deal with the increasingly dire economic situation. (12.11.2008)

Finance ministers of the world's 20 leading economies have agreed that global stability and growth must be the cornerstones of any plan to bring volatile markets under control and fight off worldwide recession. (10.11.2008)

When Germans debate how to avoid a devastating financial crash, they are haunted as few other nations can be by memories of most of their money practically vanishing during the 20th century. (08.11.2008)