Officials on the Baltic island of Rügen have appealed to the military for help in collecting dead birds and disinfecting contaminated areas. The defense ministry has responded with aid. 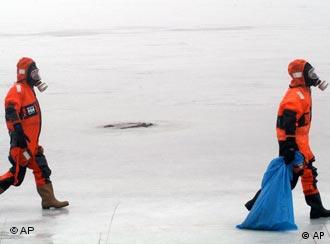 As the number of confirmed cases of bird flu on the island of Rügen rose to 41 on Saturday, local officials turned to the rest of the country for desperately needed aid in preventing the spread of the bird flu.

"We have to return to the same spot every two hours or half a day to collect more dead animals. It is an endless task," said Kerstin Kassner, head of the island's authority responsible for managing the disease outbreak. She and others working in her team have appealed to the federal military for help in collecting the birds.

Meanwhile, the entire island of Rügen has been declared an "observation zone." Every reported bird carcass must be collected and sent off to laboratories for testing. 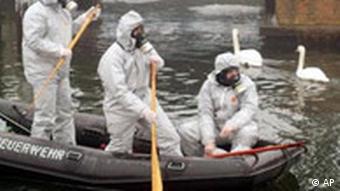 Firemen on the island of Rügen search for bird carcasses.

The job of collecting the dead birds is enormous: Every year several hundred migratory birds die on the shores of the island when they return west after winter. However, the contagious nature of the disease prohibits a simple collection of the carcasses, Kassner told reporters.

Health officials in the agriculture ministry have warned the public not to touch the dead animals, saying that there is a "risk of infection." Those collecting the animals must take all precautions not to spread the virus.

The state agriculture minister for Mecklenburg-Western Pommerania where Rügen is located told reporters on Saturday the situation was "very serious" and that they needed help from the army. Till Backhaus said he had requested military experts to help with mandatory disinfection of contaminated areas and in patrolling the cordoned off areas around dead birds.

Recognizing that the island officials are overwhelmed by the rapidly increasing number of dead birds and efforts to contain the spread of the virus, Seehofer called on military experts for contagious disease.

In an interview with the Bild am Sonntag, the minister said he had requested military experts after he realized the extent of the bird flu threat and that local forces could not be left to deal with the crisis on their own. 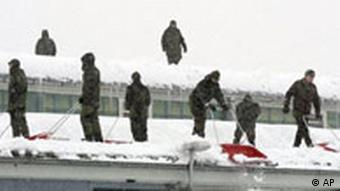 Defense Minister Franz Josef Jung told the newspaper he would make available specialists for the fight against bird flu. Protecting the human population is the primary responsibility of the army, the minister said as an explanation for how the request fit with the duties of the military.

The German military has about 30 experts for hygiene and contagious disease at its disposal. These experts can be deployed for civilian purposes whenever the population is in danger such as in the case of natural disasters.

Will Germany alter its constitution to use its armed forces for internal security? Some say a new high-court decision makes it less likely. (Feb. 15, 2006)

Germany's agriculture minister expects bird flu to spread throughout the country and urged officials to prepare for a worst-case scenario. Efforts to contain the disease have top priority, he said. (Feb. 18, 2006)