German military gets a personnel boost | Germany | News and in-depth reporting from Berlin and beyond | DW | 10.05.2016

German military gets a personnel boost

German Defense Minister Ursula von der Leyen has presented her new plan for the military - including more troops. But critics doubt she'll be able to find the technical specialists. 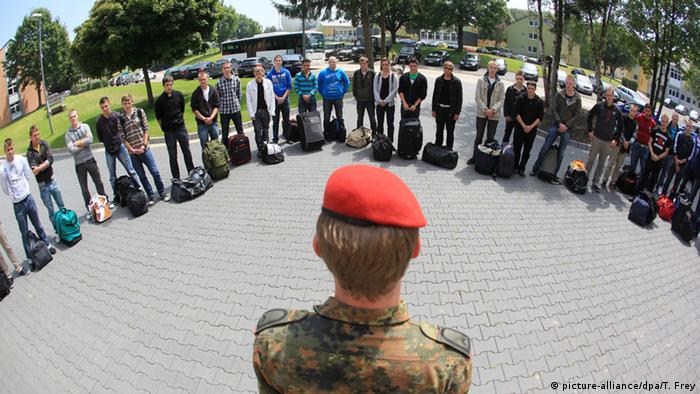 The German army is about to get bigger. Defense Minister Ursula von der Leyen announced on Tuesday that she was scrapping the old 185,000 cap on the number of troops in the Bundeswehr to create a more flexible military force.

The move marks a reversal of the shrinking of Germany's armed forces, which has lasted 25 years since the country reunified in 1990. Von der Leyen announced on Tuesday that on top of the recent increase in the defense budget - from 34.3 to 39.2 billion euros ($49.1 - $44.7 billion) by 2020 - Germany would also add some 7,000 new troops to its military - and an additional 14,300 soldiers over the next seven years.

"The Bundeswehr is under pressure to modernize in all areas," von der Leyen said. "We have to get away from the process of permanent shrinking." 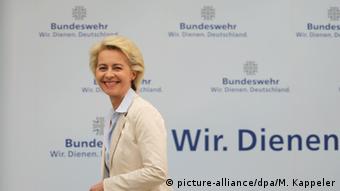 The new plan also represents a reversal of the policies implemented by the last two German defense ministers, Karl-Theodor zu Guttenberg and Thomas de Maiziere, who presided over major personnel and equipment cuts.

Von der Leyen insisted that her plan was a necessary adaptation to modern pressures with an emphasis on new challenges, such as migration across the Mediterranean (the German military has sent boats to stop people traffickers) - as well as 16 separate foreign missions.

The army association, the Bundeswehrverband, welcomed the new move, but regretted that it had come so late. "As far as personnel is concerned, it's long overdue," its chief André Wüstner told news agency DPA. "It's only regrettable that now a lot of money has to be spent advertising for all the skilled labor for the Bundeswehr that had to be pushed out of the Bundeswehr for cost-cutting reasons."

But the political goodwill was not universal. Left Party defense spokeswoman Christine Buchholz said her party rejected the proposals, arguing that Germany did not need new soldiers. "Unlike what the grand coalition would like us to believe, the Bundeswehr is not being cut down," she said in a statement. "In fact the military budget has increased by around a third in the last 15 years." (According to Germany's official statistics, the defense budget rose from 30.55 billion euros in 2000 to 35.52 billion euros in 2015, although this figure is not adjusted for inflation, which actually would make it about the same. 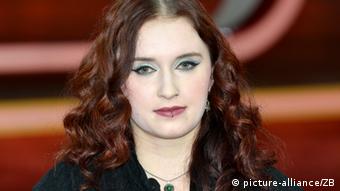 Brugger accused von der Leyen of hiding her own failures

Buchholz argues that the reason why the German army is lacking personnel is because von der Leyen is sending more and more troops to the eastern end of NATO territory,to man the front against Russia. "That doesn't contribute to peace, but to increased tensions," she said. "The problem is not the size of the army, but its fundamentally wrong focus."

"The defense minister has failed to tackle the Bundeswehr's structural problems," Brugger said. "Now she's desperately trying to hide her mistakes with more money and equipment. This delay tactic won't work and will only increase the problems."

Brugger also says it is not even clear where the military is supposed to get the new personnel from, given the "demographic change" in Germany. Ever since Germany abolished conscription in 2011, the army has struggled to recruit new soldiers. "Clear security focuses, fewer operations and corrections in the planning management would be much more suitable measures to provide the necessary relief of pressure on the Bundeswehr," she said.

Von der Leyen's new military concept also involves extending periods of service - but finding technical specialists - such as engineers and computer technicians - is likely to remain a problem because the army has to compete with private firms. As part of her new plan, von der Leyen has also committed to informing the parliament of personnel shortages every year.

Defense Minister Ursula von der Leyen wants to increase the German army's flexibility by boosting its numbers, a media report says. It says the new concept is based on the principle of a "breathing personnel structure." (07.05.2016)

The Bundeswehr's Frankfurt am Main warship is patrolling the Mediterranean as part of the European Union's Operation Sophia. It's a round-the-clock job for the crew. DW's Daniel Pelz followed the night watch. (24.04.2016)