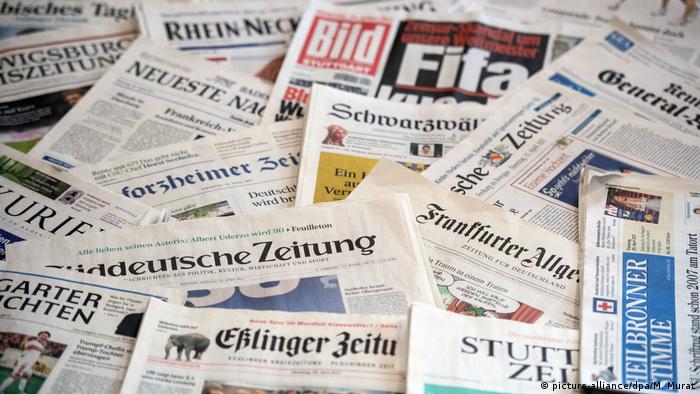 "The umbrella term Sinti and Roma refers to a people who do not share a nationality, language, religion, settledness and any other traits with others." This problematic sentence was published in a major German newspaper as recently as 2018. It exemplifies the ubiquitous and dangerously mistaken idea that Roma people have little in common with mainstream society.

Anti-Gypsyism can be understood as racism towards individuals who self-identify, or are defined by others, as having a Roma background. In 2014, Amaro Foro began recording incidences of biased coverage in media articles, and as discrimination in the health care sector, everyday life and other areas. Until 2018, the organization recorded 699 cases of such discrimination — excluding problematic media coverage.

"Recording these instances made us realize that much greater awareness is still needed in German media organizations," Amaro Foro employee Andrea Wierich told DW. "Media organization with a centrist leaning a particularly uninterested in attending our events."

There is little willingness to reflect on portrayals of Roma people. Wierich said Amaro Foro therefore launched a five-year project to raise awareness among journalists. They want to make it as easy as possible for journalists and photographers to participate in workshops that will help them avoid perpetuating stereotypes.

One such workshop highlights potential pitfalls to look out for as journalists, and gives concrete advice on what kind of language to avoid in headlines, articles and captions. In June 2020, a German print medium published a piece on seven residential buildings in Berlin's Neukölln neighborhood that had been placed under coronavirus quarantine. A picture in the article was captioned: "Many people in this Neukölln residential block have contracted the coronavirus, it is inhabited by numerous Roma families."

This, Amaro Foro board member Georgi Ivanov says, is a typical case. He says the media tend to link Roma people to public health issues.

Amaro Foro activists saw a need to offer awareness-raising workshops after following the media coverage on inter-European migration. Many journalists tended to frame this phenomenon as poverty-driven migration, focusing on run-down residential buildings, homelessness, welfare fraud and begging — thereby perpetuating age-old stereotypes according to which Roma people are poor and prone to commit crimes.

"Roma is a self-designation, which most journalists do not seem to understand," Wierich said. "Journalists label people as Roma only when they conform to a certain pre-conceived image, for instance when they are reporting on an informal camp in a park somewhere." Problematically, she said, journalists tend to focus on such stories, thus creating a distorted picture of Roma people.

"Our workshops address blind spots like these," says Zsofia Bihari, who has been involved in running the program since early 2021, told DW. Zsofia spent years working for another Roma organization and found that very few journalists showed any interest in gaining a better understanding of anti-Roma discrimination. 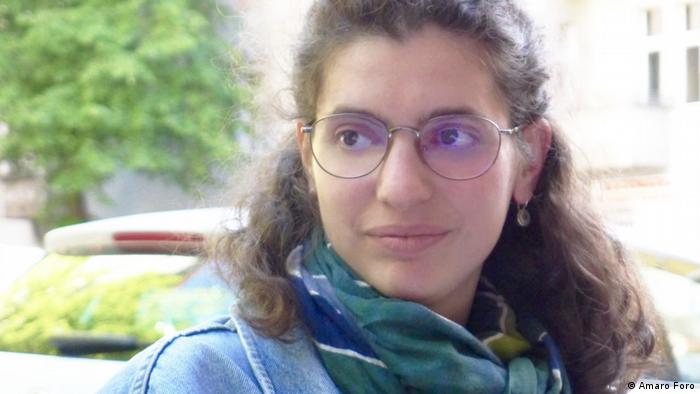 The organization wants German-language media to feature more positive stories relating to Roma people. In addition, it hopes a greater number of Roma journalists will give a voice to their community.

Writers and other journalists can benefit from a change of perspective, which is why Amaro Foro offers photo workshops that center on the visual representation of Roma people, Wierich said. The courses are based on academic research showing how images perpetuate anti-Roma discrimination and are tailored to photojournalists and agencies in particular.

Amaro Foro plans to collate photographs depicting self-determined Roma people in non-stereotypical contexts. It will be made available to journalists free of charge.

Representatives of the Roma and Sinti communities, along with Jewish and Christian leaders, met at Auschwitz to honor the victims of the anti-Roma genocide. The Nazi regime killed some 500,000 Roma and Sinti.