The town of Eichstätt introduced female-only parking spaces after a woman was raped there in 2016. Now a motorist has sued for discrimination — with the city agreeing the spots will be "recommendations" in the future. 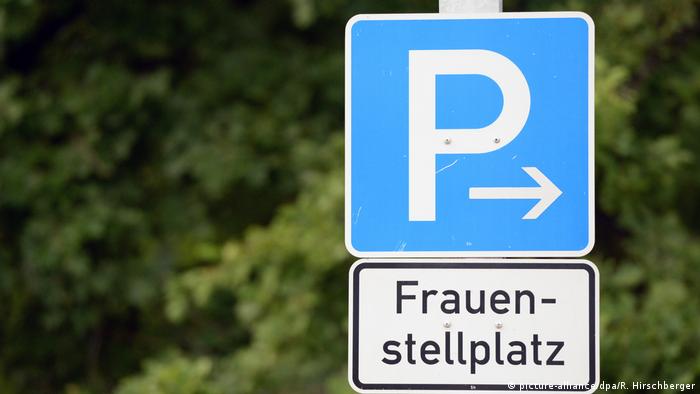 A court in Munich on Wednesday said an agreement had been reached between the city of Eichstätt and Dominik B. Bayer, a motorist who argued he felt discriminated against when he visited Eichstätt and saw parking spaces reserved for women.

The Bavarian town installed the female-only spots in a central public carpark after a woman was attacked and sexually assaulted nearby in 2016. The designated spaces are well-lit and located close to entrances and exits.

In a statement, the Munich Administrative Court said that the city agreed to remove the signs by the end of February and to install new ones that make it clear that the city "requests" or "recommends" that the parking spaces should be reserved for women.

The plaintiff, who is from the western Rhineland region, had argued that the special parking spots violate Germany's General Act on Equal Treatment. The law prohibits discrimination on the basis of gender, but does make exceptions for the protection of privacy or personal safety.

Bayer said the special spaces discriminate not only against men, but also against women, because they suggest women can't run very far and need protection.

In their statement, the court noted that since another agreement had been reached, they did not need to hand down a verdict on whether or not women's parking spots should be allowed in public carparks, or whether they are a form of discrimination.

However, the presiding judge in the case emphasized that he believes that female-only parking spots are not permissible, "even though the protection of women is an understandable reason for unequal treatment."

The judge said that traffic signs used in public spaces are dictated by Germany's road traffic regulations (StVO), which does not yet include a women's only parking space sign.

He added that women-only parking spaces in private lots, for example at supermarkets or businesses, are permissible since they are governed by private law.

Prior to Wednesday's hearing, Hans Bittl, who heads the city's legal department, defended the city's decision to install the signs, saying that the public carpark in question is located near a nursing home where many female employees often have to make their way to an early or late shift in the dark.

"It's been statistically proven that women are more likely to be victims of violent crime than men," he said. "It's all about safety."

Bittl had stressed that men who park in spaces set aside for female drivers cannot be prosecuted or fined, and that the reserve signs aim to appeal to men to leave the spaces free for women.

In 2011, a court in the country's southwest ruled that an employer had the right to set up car spots for women on the premises, stating in the ruling that women "are generally at greater risk than men of being victims of crime."