Trial of a German businessman accused of trying to "promote production of chemical weapons" begins in Dresden. The man has been custody since May 2021. 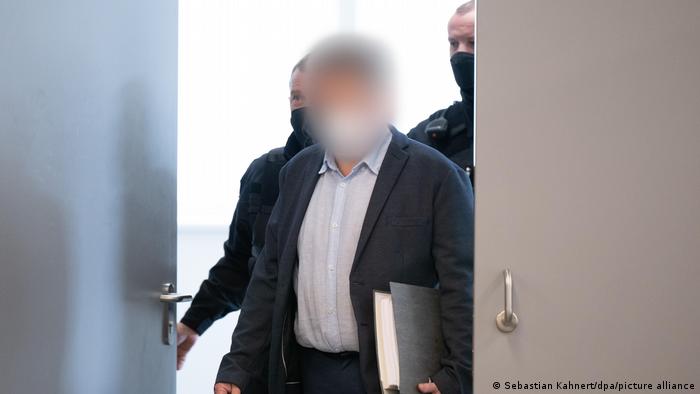 A German businessman accused of exporting armaments for Russia's chemical and nuclear weapons program appeared before the Higher Regional Court of Dresden on Tuesday.

The man is accused of violating the War Weapons Control Act and the Foreign Trade and Payments Act and has been in custody since May 2021.

What do German prosecutors say?

Prosecutors allege that since 2017, Alexander S.  attempted to "promote the production of chemical weapons" by brokering the delivery of equipment from a Chinese manufacturer to Russia, in violation of the War Weapons Control Act.

The accused was also alleged to have exported goods ten times without a necessary license and was also accused of acting "for the secret service of a foreign power."

German officials say the defendant is a managing director of a trading company in Saxony. Since 2017, he was alleged to have sold goods worth around €1 million ($1.07 million) via a Russian firm believed to be directed by the Russian secret service.

Prosecutors say the accused knew that the exported items could be used in both civilian and military sectors and could also be used in the development of "ABC weapons" — short for atomic, biological and chemical weapons.

The man is alleged to have tried to conceal the destination of the consignments by providing fake receipts.

Germany wants to stamp out proliferation

Germany's Federal Prosecutor's Office says the country has made an international commitment to prevent the proliferation of technology enabling the production or distribution of weapons of mass destruction.

Any export of this nature needs to be in compliance with the Foreign Trade and Military Weapons Control Act.

High-tech civilian products could also fall into this category if the potential use could be for military purposes.