It is thought to be Germany's biggest ever unclaimed prize. But after a three-year search for the winner, a multi-million euro jackpot has been poured back into the draw. 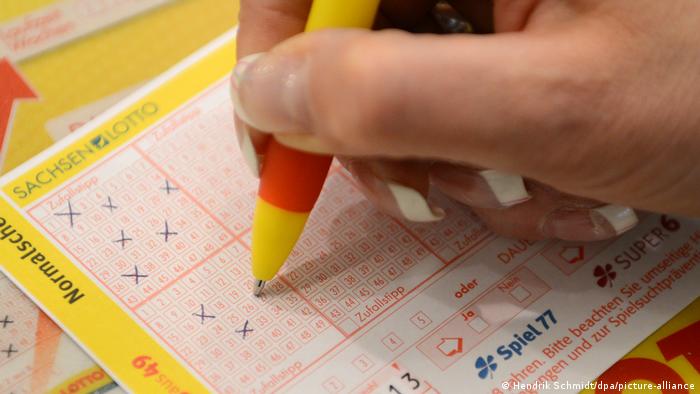 Many of us may dream what we'd do if we won the lottery — whether it be quitting our day job or sailing off into the sunset in a luxury yacht.

But for one German punter, the chance of fulfilling those fantasies expired at the stroke of midnight on New Year's Eve after they failed to present a winning lottery ticket worth €11.3 million ($13.8 million) in time.

"Even after a long search, we still sincerely wish we could have been able to pay out the lucky fellow," Georg Wacker, director of State Toto-Lotto, told the AFP news agency on Monday.

The unknown winner had three and a half years to claim the tax-free jackpot prize drawn on April 1, 2017. Despite regular appeals to the public, he or she never came forward with the auspicious ticket. According to newspaper Münchner Merkur, the ticket was purchased between March 29 and April 1, 2017. Three days after the numbers were drawn, Lotto Baden-Württemberg tweeted information on the win, including the likely location of its winner.

That was the million-dollar question likely to have crossed the minds of some of the 116,000 inhabitants of Reutlingen, a city in southern Germany near to Stuttgart.

The ticket was purchased in a lotto outlet anonymously, rather than online or by a registered subscriber. This means that the gambling association had no way to contact the winner and that physical ticket with the drawn numbers would have been required to claim the winnings in person.

What happens to the money?

Wacker told magazine Der Spiegel that the money will re-enter the jackpot pool to be drawn for future prizes, whether they be in the form of cash payouts or cars. Whoever chose those lucky numbers has now forfeited the opportunity to collect their prize money in accordance with German gambling regulations.

Lottery winnings fall under the statute of limitations three years after the end of the calendar year in which the game was played.

Wacker told Spiegel that while uncollected prizes are not unheard of "unclaimed big wins are rare... it only happens every few years." He added, however, that he had never heard of such a large amount left unclaimed in Germany.

Despite the odds of a consecutive sequence winning South Africa’s national lottery, regulators have defended the selection as unusual, but not indicative of foul play.

After hundreds of tons of dead fish were removed from the Oder River bordering Germany in August, new die-offs have compounded the ecological disaster. The causes are complex.

In August, thousands of fish started dying mysteriously the Oder River. With the heat, rain and help of volunteers, most of the fish cadavers are now gone. But residents are beginning to realize that nothing is as it was along the Oder anymore.