Günter Grass has frequently returned to his homeland in Gdansk. During a recent visit, the Nobel laureate told Deutsche Welle about his ties to the Polish city and his influence on writers in the region. 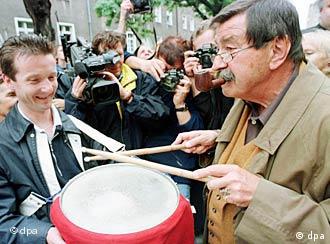 Born in Gdansk, connected to Gdansk -- Günter Grass's homeland has given him strength and inspiration for all his works, not just his successful novel "The Tin Drum."

Gdansk was the scene of several of Grass's novels including his serial trilogy. His father owned a grocery in Danzig -- its German name -- and his mother was of Kashubian origin -- Slavic people distinct from the Poles, both with regards to language and culture, who settled in the area around the city. 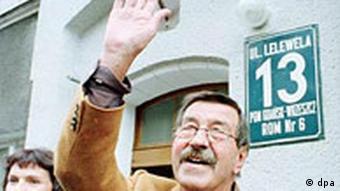 Grass in front of his family home in Gdansk

"In the beginning, I went back to find traces of Gdansk," Günter Grass said in an interview with Deutsche Welle. "But over the years and the decades it developed into a strong interest in the history of Gdansk, in the postwar history," the Nobel laureate said.

"For example, in the last chapter of my novel "The Flounder," I describe the insurgency in the Polish port cities, especially Gdansk, where the militia shot at the workers. That becomes part of the plot. At that time, I was the only writer who wrote about that. Polish writers couldn't write about it. The censors wouldn't have allowed it. I was a sort of surrogate writer for Polish literature. So, my relationship to Poland has been there for decades. And it is continuing."

Not long ago, Grass sat down with his translators to discuss a new version of "The Tin Drum." At the same time, he met up with the young Polish writer Pawel Huelle, born in 1957. The two have a special connection, and Huelle's works are often compared with those of Grass. Both authors write books that reflect Gdansk history. But more than that, the authors even carry on a dialog of sorts through their novels. For example, Huelle's 1987 novel "Who Was David Weiser?" takes up a conversation with Grass's novella "Cat and Mouse."

Huelle credits the early writings of Grass for introducing him to the unknown history of Gdansk. Upon discovering Grass' writing he was ecstatic, Huelle said. 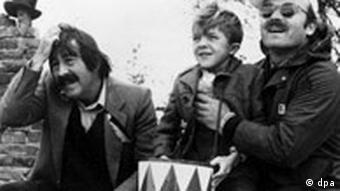 Günter Grass (left) during the filming of "The Tin Drum"

"The first Grass books were like a voyage of discovery for me," he said. "All of a sudden there was my city, but in another form, unknown to me. You could say it was a literature of initial contact. Suddenly I could once more envision the playground of my childhood, the streets, the ball fields, all these places. It was fascinating."

On the heels of the novel "Who Was Davis Weiser?" came other stories reflecting on the city. A series of his tales recall the memories of people long dead, an ode to a Gdansk and the Pomeranian and Kashubian areas that no longer exist. Stefan Chwin, born in 1949, is another Gdansk author who has done his part to uncover the unknown history of the city. Grass believes such literature is an important part of reconciliation.

"Here in Gdansk there is Chwin, there is Pawel Huelle, who both began very early -- still in the communist era -- to describe the German history of the city," Grass said. "Previously they were ignored, as if they didn't exist. As if an extremely old, primal Polish area had been recaptured. Which is total nonsense and historically inaccurate. In both countries (Germany and Poland) there are and always have been nationalists who will take this approach. This cannot be ignored, it has to be addressed."

Grass has caused an uproar with his books and his appearances in Gdansk. He accepts the fact that he has become a cult figure.

"We live in such a speedy era. Everything goes so quickly, and functions via modern technology. Literature assumes that there are readers, its not something that can be delegated. You have to read yourself. Writing is just scribbles on a page that have to be brought to life by the reader. And if I can get people to read with my books -- especially here (in Poland) -- then I am particularly happy about it."

When he likes a book, he spares no words extolling its virtues. But when he doesn't, all hell breaks loose. Marcel Reich-Ranicki, Germany's grumpiest literary critic, turned 85 on Thursday. (June 2, 2005)

At a recent symposium in Berlin, Germany's culture minister said her country's and Eastern Europe's shared cultural identity should be seen as a starting point for improving ties between countries. (Sept. 21, 2004)