The Chinese foreign minister is visiting Berlin next week for talks. A cross-party group of MPs want Foreign Minister Heiko Maas to bring up issues such as the Uighur internment camps and "aggressive" foreign policy. 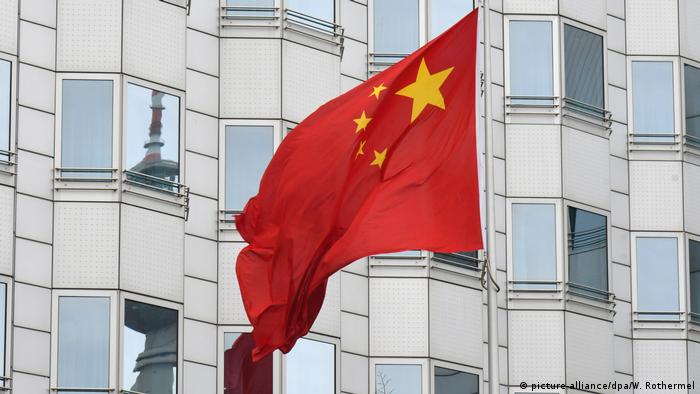 A group of German lawmakers on Saturday called on Foreign Minister Heiko Maas to talk "in plain language" with Chinese counterpart Wang Yi, ahead of a meeting in Berlin next week.

Due to China's recent "blatant breach of international legal norms" regarding the Hong Kong Special Administrative Region (SAR), Maas should "use a language other than the consistently restrained language," the three lawmakers wrote in a cross-party letter cited by German national newspaper Süddeutsche Zeitung.

The politicians — the Green Party's Margarete Bause, Gyde Jensen from the business-friendly FDP and Michael Brand of the ruling Christian Democratic Union — called on Maas to press Wang on closing the "huge" Uighur internment camps.

They also criticized China's domestic and foreign policy as "aggressive." China has shown an "undisguised claim to power" even towards Germany and the rest of Europe, they wrote.

China also "discredited" democratic institutions and attempted to use propaganda to spread a "totalitarian narrative — also in Europe," said the lawmakers.

Earlier this year, Beijing passed a controversial national security law in response to a wave of anti-government protests that took place throughout 2019.

The new law drew widespread international criticism. Many are concerned the legislation will see Beijing crack down on free speech and dissent, as well as endangering civil liberties within the "one country, two systems" policy.

Chancellor Angela Merkel previously said she feared that Hong Kong's autonomy was being "eroded" and that Berlin would raise issues such as human rights with China during its six-month tenure as president of the Council of the European Union that began on July 1.

Wang is visiting as part of a tour of European countries — his first abroad since the start of the coronavirus pandemic.