German jobless claims in December dropped to their lowest level since reunification as unemployment fell for a third consecutive month. The numbers exceeded analysts' expectations as the eurozone keeps struggling. 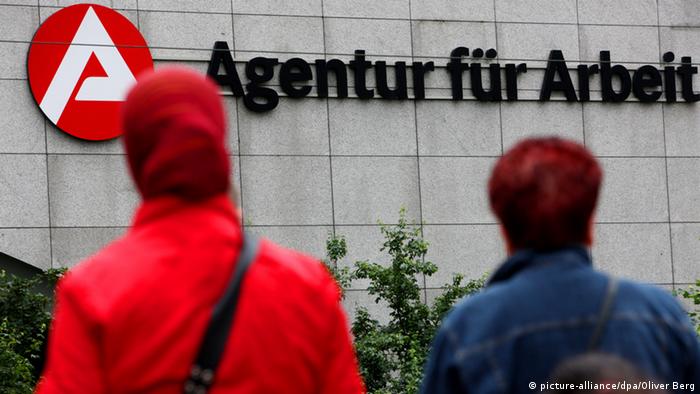 Unemployment in Germany fell by 27,000 from November to December, according to new figures released by the Federal Labor Agency (BA) on Wednesday.

The December drop shattered the previous record for that month from 1991.

The seasonally adjusted figure beat analysts' expectations, who had predicted the number of jobless to decline by just 5,000 last month, and marks the third consecutive month of good job news for Europe's biggest economy.

The unemployment rate has now reached its lowest level in more than two decades, standing at 6.5 percent as total jobless claims slipped to 2.84 million.

In seasonally unadjusted terms, unemployment spiked by 47,000 to 2.76 million, driving up the unadjusted rate up to 6.4 percent in December from 6.3 percent the month before.

Meanwhile, unemployment in the eurozone appears to have plateaued as the currency bloc's economic recovery remains anemic. New data from the EU statistics agency Eurostat showed the jobless rate stuck at 11.5 percent for a fourth consecutive month in November.

Youth uemployment ticked up slightly to 23.7 percent, with a total of 3.4 million people under the age of 25 out of work.

Eurostat estimated that a total of 18.4 million people were without work in the area, which still had 18 member states at the time. On January 1, Lithuania became the 19th country to adopt the currency.