German Jews plead for state security after Halle attack | Germany| News and in-depth reporting from Berlin and beyond | DW | 12.10.2019

Members of the Jewish community in the eastern German town of Dessau are living in fear since the extremist attack in Halle. They regularly receive threatening letters — but the community has little protection. 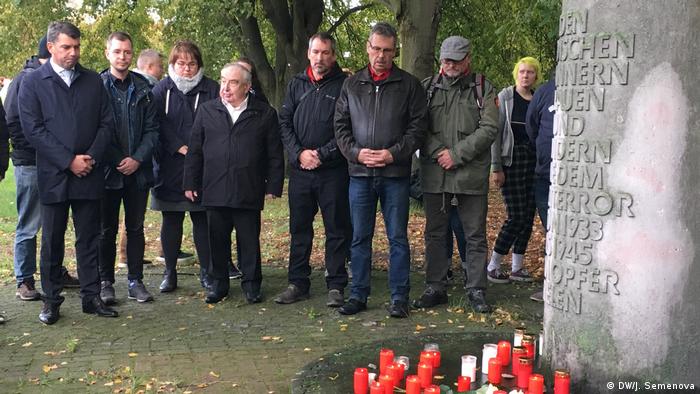 "If something like the attack in Halle had happened in our community, there would have been a lot of deaths," says Alexander Wassermann, glancing at his office door. "We have no security."

Wassermann has been the chairperson of the Jewish community in Dessau for almost 20 years. The east German town is only about 50 kilometers (31 miles) from Halle, where the far-right, anti-Semitic attack took place. The door to the synagogue in Halle was able to stand firm and hold back the gunman — presumably sparing the faithful from a massacre.

"Our main door has been in use since 1904," Wassermann says. He points to the wooden windows next to him, which are also around 100 years old.

'My life is more precious than prayer'

"We're all in shock. Many members of our community are afraid. We have a lot of older people here who say, 'My life is more precious than prayer, so I prefer to stay at home.'" Wassermann and two colleagues are sitting behind the long desk of the community office with grave faces. They have been talking about almost nothing else since the attack in Halle. "I don't feel safe," says one of Wasserman's younger colleagues with tears in her eyes. She does not want to say her name. She is too afraid, especially for her daughter. 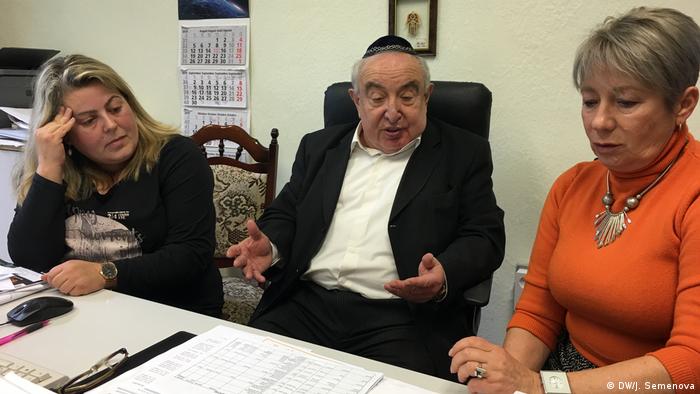 Alexander Wassermann speaks with members of the Jewish community in Dessau

Wassermann has experienced right-wing radical agitation and death threats in his many years as chairperson. He digs out a few pieces of paper, anti-Semitic threatening letters. The community receives such letters regularly, and they are often decorated with swastikas and pictures of Adolf Hitler.

Standing on the steps to the entrance door of the hall, Wassermann says that it was graffitied with a swastika some time ago. Now the door has been repainted and the swastika is no longer visible. But the fear remains. "We can't change the situation, we don't have the power," he says, shrugging his shoulders. "What can we do?" 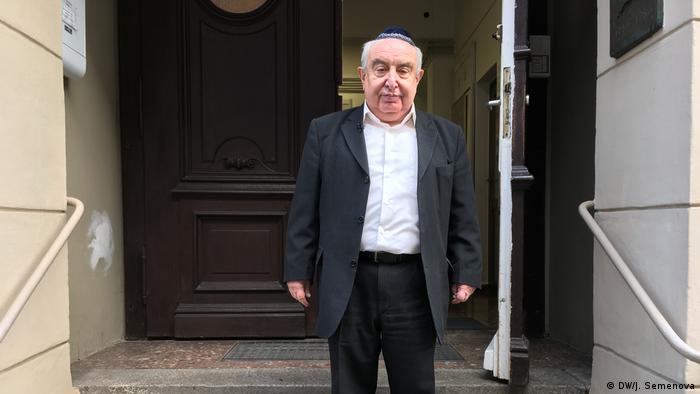 Alexander Wassermann, chairperson of Dessau's Jewish community, says: "We have no security"

No financial support for security measures

He has been trying, for a long time, to get financial support for more protection. But the Jewish community in Dessau is small, with around 300 members, and it has no money for security. All of the community's funds are being poured into the construction of a new synagogue — as the old one was destroyed by the Nazis in 1938. Six months ago, Wassermann wrote a letter to the Interior Ministry of Saxony-Anhalt. But at the time, the ministry refused the financial request for security measures. 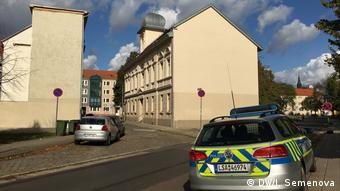 For Dessau's Jewish community, all they want is to live their faith in peace. The members are proud of what they have established, or re-established, because Jewish life once played an important role in the town. The philosopher, Moses Mendelssohn, was born here, as was Kurt Weill, composer of the Threepenny Opera. Weill's father was cantor here, in the same city where, out of fear, Jewish life today takes place almost exclusively within the walls of the Jewish community.

Shortly after the attack in Halle, a police car sits parked in front of the building. Wassermann, however, is uncertain how long it will stay.

Eye-witness: "For some seconds, everyone was silent and confused"