German-Iranian Nahid Taghavi's arrest has come to light exactly a week after she was seized at her Tehran apartment. Her daughter says she's been accused of endangering security. 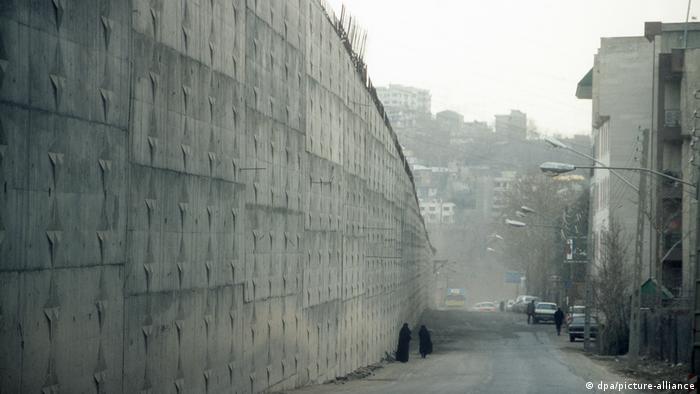 Citing information provided by her daughter, ISHR said Taghavi was detained on October 16 and accused of "endangering security."

ISHR said the 66-year-old is being held in solitary confinement at Tehran's notorious Evin prison.

The jail has housed political prisoners since the 1970s and has been dubbed Evin University because of the number of academics detained there.

"No sign of life from my mother for 7 days! I demand clarification, I demand intervention, I demand her release! #FreeNahid," Taghavi's daughter Mariam Claren wrote on Twitter.

ISHR spokesman Martin Lessenthin called on the German government to "act quickly" to pressure Tehran to free Taghavi, saying the allegations against her are unfounded.

"The Islamic Republic pursues political goals with the imprisonment of persons with dual nationalities — they are thus a political bargaining chip for the regime," Lessenthin said in a statement.

Claren told ISHR she has not heard from her mother since October 15. The family only found out about the arrest when their brothers arrived at their home in Tehran three days later.

Taghavi's German identity card and passport, laptop, smartphone and cash were confiscated during the arrest, ISHR wrote, citing the family.

The Iranian-born architect has lived in Cologne since 1983 and gained German citizenship in 2003.

For the past 15 years, she has commuted between Tehran and Germany to campaign for women's rights and freedom of expression in Iran.

Her family is concerned that she is being denied medication — including those she takes for high blood pressure.

With material from KNA news agency

Iran plans to export arms with sanctions off

Cash-strapped Iran wants to become an arms exporter to generate much-needed income. But so far, no prospective buyers are in sight.