Germany's federal and state interior ministers unveiled plans Friday to develop a standardized policing and prosecution campaign against antisemitism nationwide as they wound up one of their regular joint consultations.

"We will substantially increase the penalties for antisemitic crimes," said Thomas Strobl, the interior minister for the state of Baden Württemberg and host of the meeting. He stressed that Jewish life belonged in Germany. 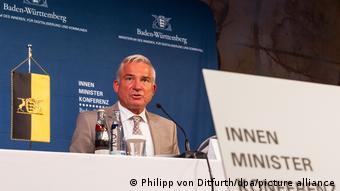 Jews must be able to live safely in Germany," said German Interior Minister Horst Seehofer in the wake of incidents within Germany during the recent Middle East conflict  outside synagogues in Ulm and Bonn, and pro-Palestinian protests where antisemitic chants were heard in Berlin and Frankfurt.

Josef Schuster, the president of the Central Council of Jews Germany, would be invited to speak at the next interior ministers' meeting, said Strobl. Germany's post-war constitution makes policing and public order largely the prerogative of the 16 states rather than the federal government.

Germany's standardization of policing procedures, said Strobl, would include nationwide guidelines for policing anti-Israel demonstrations near synagogues and other Jewish institutions. The plans said the prosecution of antisemitic crimes was "fundamentally in the public interest."

Local authorities would be empowered via a "template" decree to ban such gatherings.

Antisemitism that "wanders the streets under the guise of freedom of speech and assembly" would not be allowed, said Strobl.

Strobl and Seehofer said criminal statistics in the future would classify antisemitic acts as extreme right-wing motivated, even if the perpetrators' intentions were not immediately clear.

They also referred to "recognizably imported antisemitism" [ascribed to opponents of Israel] and antisemitism among coronavirus pandemic skeptics.

The ministers, who began their conference Thursday by inspecting German-French water policing along the Rhine River border, also agreed to set up a working group to draft precise law on misogynistic acts against women. 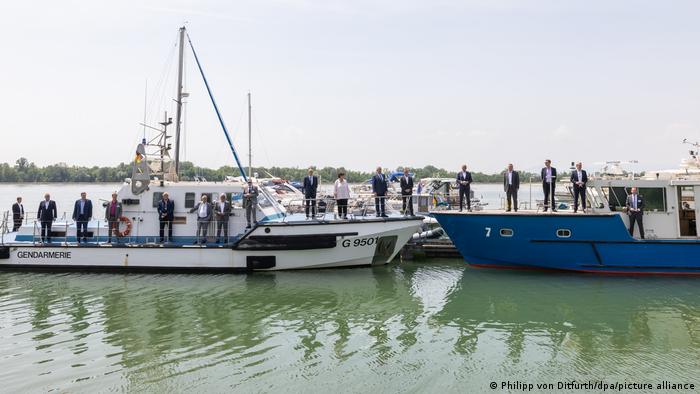 This would include a precise legal definition of anti-women offenses, said Strobl, to overcome what he termed a "shadowy presence" existing for decades in Germany's crime statistics.

Lower Saxony Interior Minister Boris Pistorius said prevention and legal classification of crimes against women had to be improved.

Referring to a Hesse state probe in Frankfurt against 19 active tactical squad officers and one former member, the ministers called for "consistent prosecution" and urged their justice minister colleagues to classify such chats as a new offense.

Herbert Reul, interior minister of Germany's most populous state North-Rhine Westphalia said given 250 accused among 56,000 NRW police officers it could hardly be claimed that police had been subverted by far-right extremism.

One case, however, was one case too many and must be pursued, Reul added.

Germany's police forces, both of the 16 regional states and federal Bundespolizei, total about 300,000 officers.

A wide array of groups and organizations called for the demonstration against rising antisemitism. Leading lawmakers are taking part, including Germany's Finance Minister Olaf Scholz.

As lawmakers look to crack down on antisemitic groups participating in pro-Palestinian demonstrations in Germany, a German police union has said officers need more information to target offenders.